On Wednesday last week (Oscar’s Birthday) we went to Devon for a few days to catch up with old friends and to get James some much needed dental work as he’s spent all summer on the boat with a very large filling missing from a front tooth! 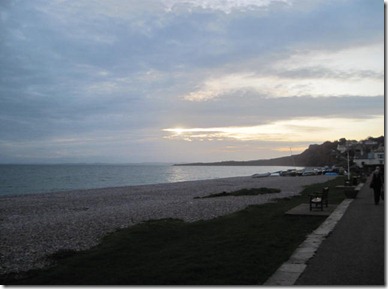 This was the sunset on Budleigh Salterton beach on Wednesday evening. Thursday morning we took Oscar for a very familiar walk back on the beach at Budleigh as this was our previous home town.  Otter Head is in the background where the River Otter meets the sea and behind it stretches the beautifully picturesque Otter Valley. 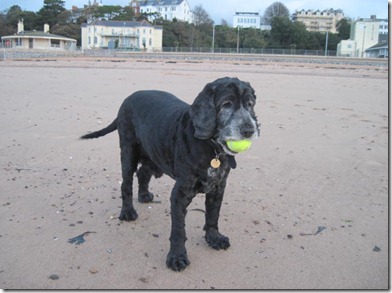 Another beach walk for the old boy – this time on the sandy Exmouth beach which makes a change from the Budleigh pebbles. 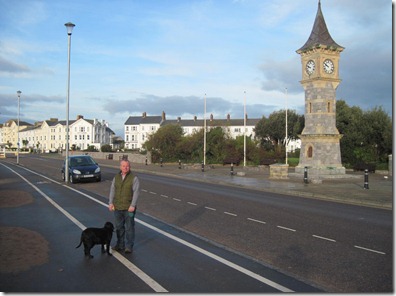 Doug and Oscar on the sea front at Exmouth. 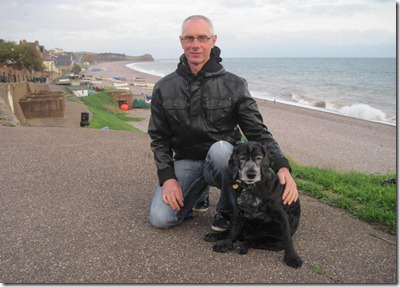 A windy Friday morning and another early walk back at Budleigh Salterton. 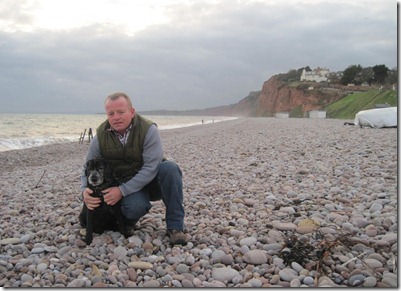 We managed to get Oscar to walk down towards Otter Head.  The red sandstone cliffs here are the westernmost part of the Jurassic Coastline which is a world heritage site.  The cliffs and the famous coloured pebbles are 280 million years old at this point.

On Saturday, with friends Ian and Yvonne, we took a trip towards Honiton and then on to Beer. 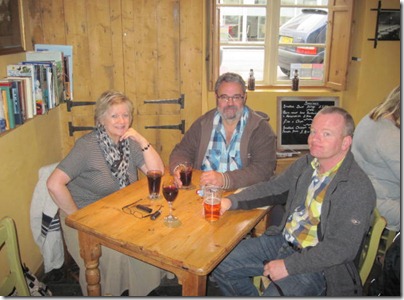 Enjoying a drink in a nice little wine bar in Honiton before visiting the Saturday market. 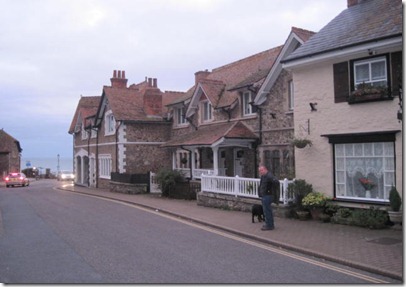 The High Street in Beer looking towards the sea. 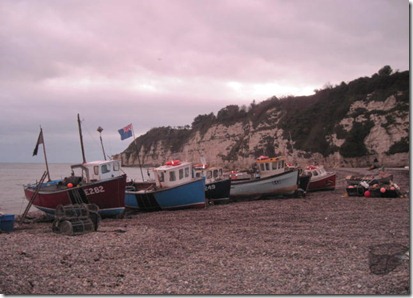 After the enjoyment of four days of seeing old friends on Sunday we headed back along this wonderful coast towards home.  Taking the “back road” from Budleigh Salterton to Sidmouth this is the first view to be had of Sidmouth…….. 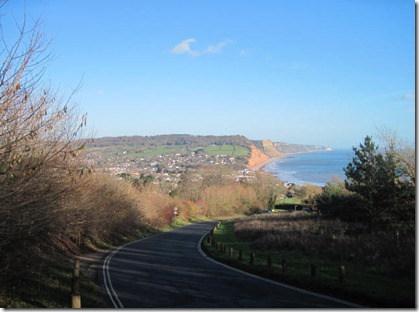 Further along we had another break and stopped at delightful Lyme Regis for an hour or so.  Leaving (worn out) Oscar in the car we took a stroll to The Cob – where many years ago they filmed part of the French Lieutenants Woman. 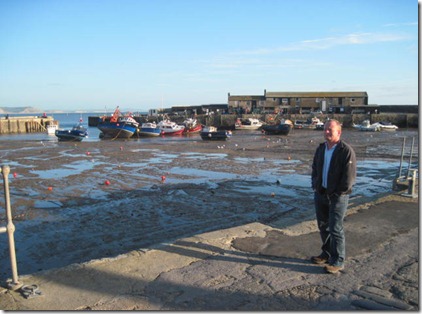 We were very lucky to have had glorious weather for the whole trip – can’t really believe it’s the end of November!