Yesterday (Thurs) we got up quite early to complete the winterising jobs on ‘Chance’ and to pack the surprisingly large amount of “stuff” into the car.  We got going at about 12;30, had a pleasant journey home in good sunny weather to arrive at 3;30 in plenty of time to unpack!

Before it got too dark we gave Oscar his customary evening walk along the sea front. 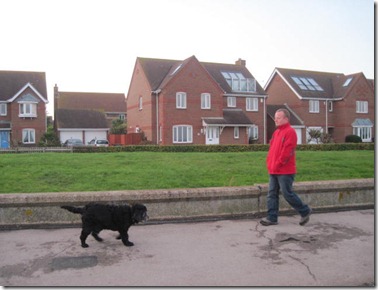 He’s getting very old now and his walks are getting shorter but he very much enjoys getting out all the same. 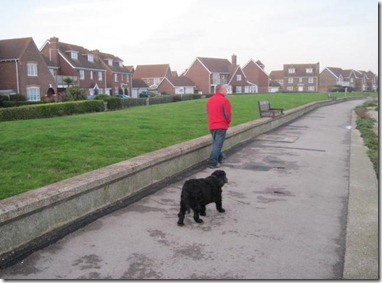 A few yards further on!! 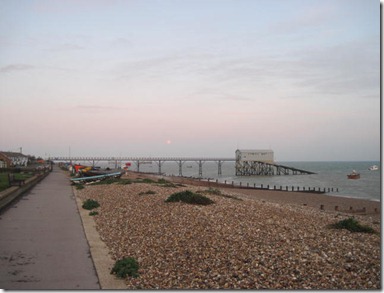 We are about 100 yards from the sea wall and, after a short walk from the house, we get this view of the lifeboat station.  This was a great view for us as the moon had risen early on this occasion but, as is so often the case when you want to capture something great – the camera doesn’t always perform.  It’s just visible above the walkway to the station, half way along – oh well.

Being at home for a while now gives us a ‘chance’ to look back on the last six months.  Since we took ownership of ‘Chance’ back in  May this year we seem to have experienced so much and met up with so many people.  Friends and family have travelled to be with us, friends from our previous voyages on our last boat ‘Spirit’ have met up with us on their boats and we’ve met and made new friends this time around.  We’ve also been very pleased to have had contact with so many of our blog followers and amazed that so many of you read our progress.  One follower enjoys it more than her daily newspaper – so kind!

We have been delighted with ‘Chance’ – the build quality, the layout, the finish and the way it performs -  MGM have done a great job for us!

A couple of statistics for those who are interested – since leaving our builders, MGM, we’ve  completed just over 900 miles and passed through 460 locks.  It’s amazing how far you can travel at 4 mph (or less).  Much of the system travelled this time, we’ve passed over on our last boat but next year we hope to experience the waterways on the east side of the country and to do the trans-Pennine routes which will be new to us.

Here are a few of the highlights of the past year: 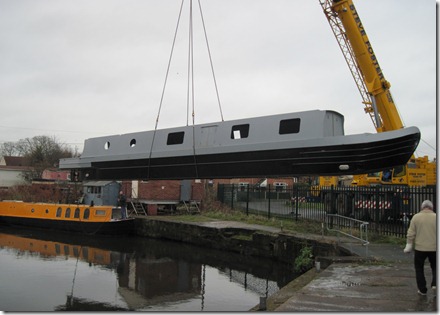 It seems a long time since this moment. 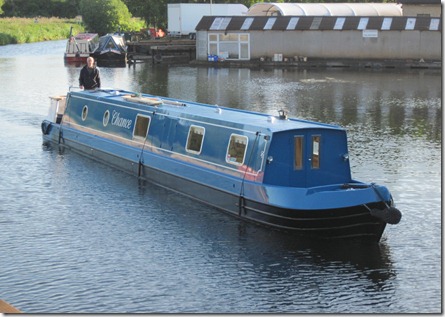 After a great six month’s build with MGM here we are on our maiden voyage. 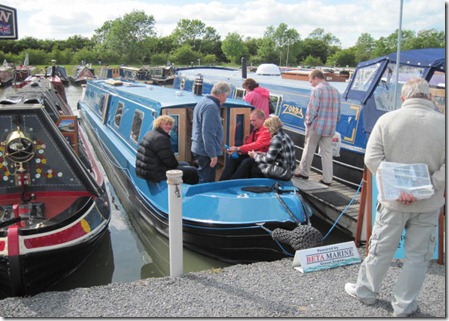 A very busy weekend at the Crick Boat Show during the late May bank holiday.  We were all so delighted to be voted Runner Up! 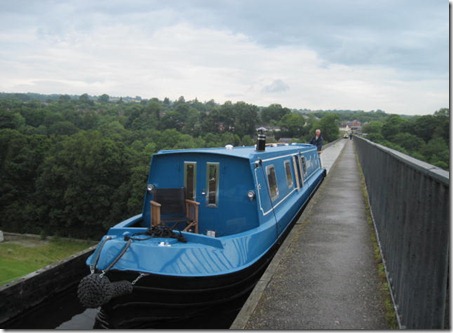 Sky high on the Pontcysyllte Aqueduct on the Llangollen Canal, North Wales. 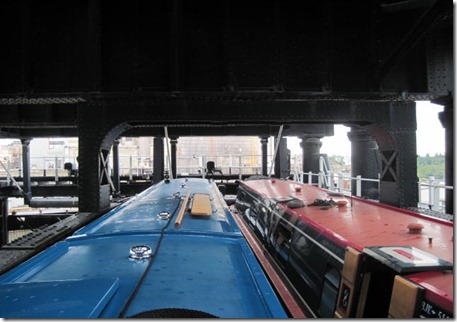 Loaded onto the Anderton Boat Lift (the Cathedral of the Canals)for the 80 foot drop to the River Weaver below. 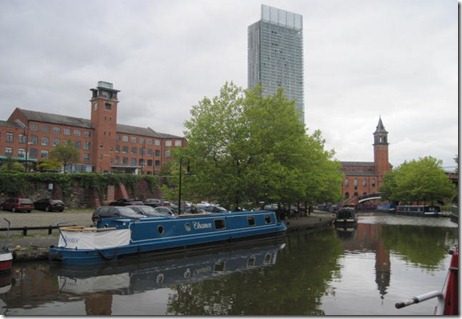 We spent quite a while moored in Castlefield Basin, Manchester enjoying the sights and sounds of this terrific city.

‘Chance’ has taken us into the heart of the cities, towns, villages and countryside of England.   Every day has been a different day and occasionally we would wake up and have to think a while as to where we had moored up the night before!

The next few months will be a change and a ‘chance’ for us to catch up with dry land things but we will continue the blog through the winter, looking forward to more adventures next year on the canals and rivers of England.