Our run up the Leicester Arm of the Grand Union continued on Wednesday with us getting to Crick for a water top up …….. 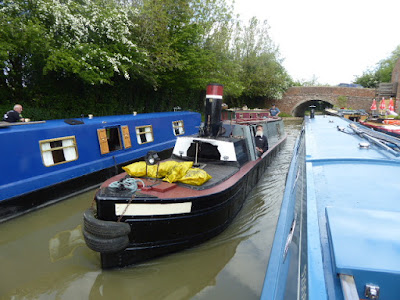 …… and to see the lovely old steam powered narrow boat “Adamant” pass by us at the water point. 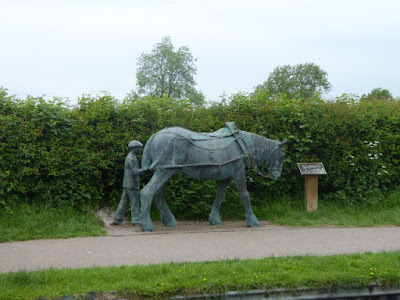 Having spent a couple of hours at Crick taking on water, chatting to boaters and getting some supplies from the Coop in the village we were hard pressed to get to Foxton Locks before they shut. But get there we did, by the skin of our teeth. 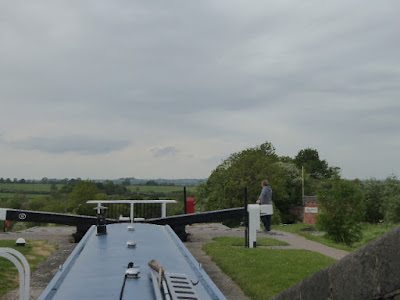 We were the last boat to go down with the gates being padlocked behind us. It’s always a treat being high up at the top of the Foxton Flight to spy the countryside stretched out before us. Once down the flight, with the lock keepers ready to go home, we soon moored up for the night ourselves before the rain set in. 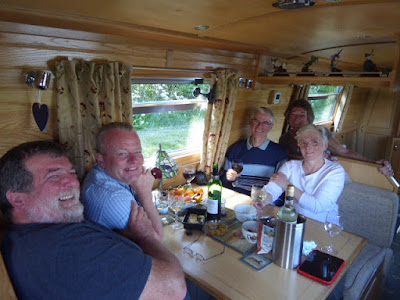 On Thursday, after negotiating Saddington tunnel, we caught up with friends Chris and Les on nb “Eleventh Heaven” who’d been moored up and waiting a couple of day for us to turn up. The rest of the day was spent with the four of us sitting, chatting and refreshing ourselves aboard “Eleventh Heaven” when we were surprised (and delighted) by more friends John and Jan on nb “Jubilee” who were moored up just around the corner. They joined us for a quick bit of refreshment before they had to leave. Chris, Doug, John, Les and Jan. 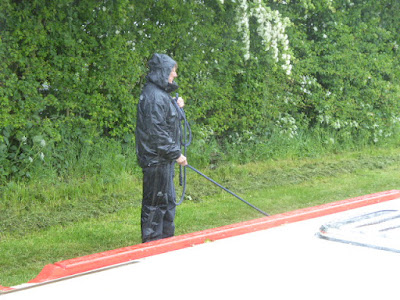 Friday was wet, but with the crew suitably attired,  ….. 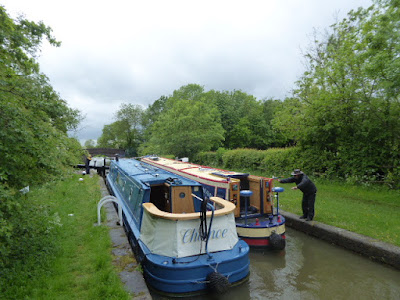 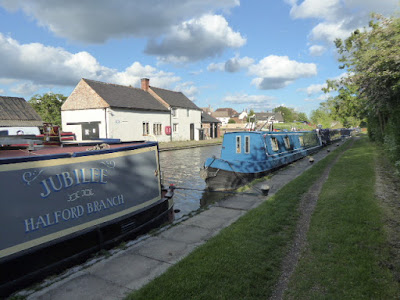 …….. Kilby Bridge by lunchtime and our moorings for the night. Jan and John on “Jubilee” were already moored up and, very kindly, offered us lunch. In the evening all six of us went to The Navigation for a meal together ……. 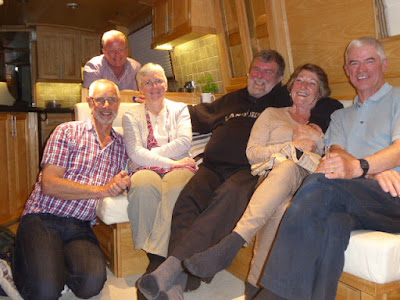 …….. and afterwards, back to “Chance” for coffee (and chocolates supplied by P&O cruises!). We had a really lovely time together – James, Doug, Jan, Chris, Les and John. 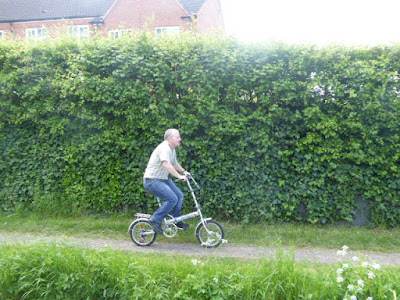 The last leg of our journey on Saturday took us through Leicester. Twenty locks in total, made more efficient by Doug on his sturdy stead going ahead to set the next lock. 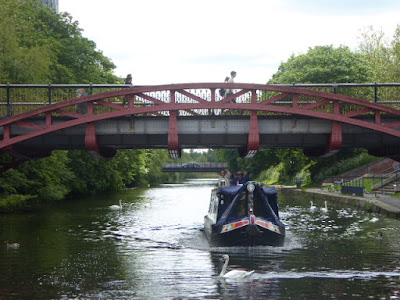 “Eleventh Heaven” following close behind down the mile straight through Leicester. 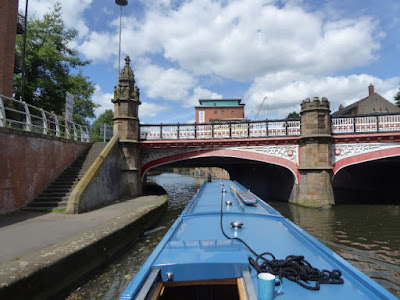 “Chance” approaching, without doubt, the most elegant bridge in Leicester. 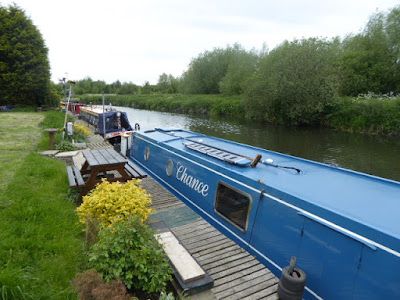 And finally, the end of our two week cruise – our boat builders MGM on the River Soar in Thurmaston. “Chance” is scheduled for a blacking and safety inspection in the next few weeks. Our trip has been made specifically to get “Chance” from London to MGM for the work to be done while we return to Sussex for James to have a new hip fitted in Chichester on Tuesday this week.

It’s been a great couple of weeks. We thoroughly enjoyed the Thames and the Oxford canal rather than the slightly shorter Grand Union “slog”. It’s been wonderful meeting up with so many friends and travelling for a few days with Chris and Les. Now it’s six to eight weeks while James recovers after his own bit of ‘reconditioning’.
Posted by nb Chance at Sunday, May 31, 2015