River to Canal in one easy lock.

On Friday we completed our passage up the wonderful River Thames. From our mooring at Sandford Lock it wasn’t long before we reached the “dreaming spires” of the beautiful city of Oxford …… …….. and it has to be Oxford when the surrounding architecture at Iffley Lock looks like this! 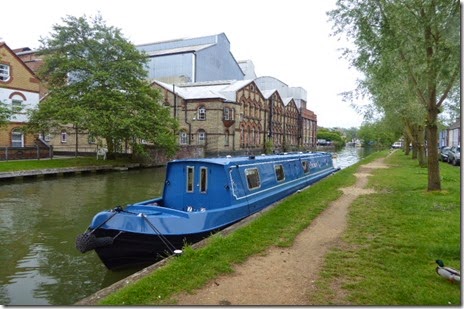 We briefly moored at Osney just above the lock before leaving the Thames via the “romantically” named Sheepwash Channel  ….. 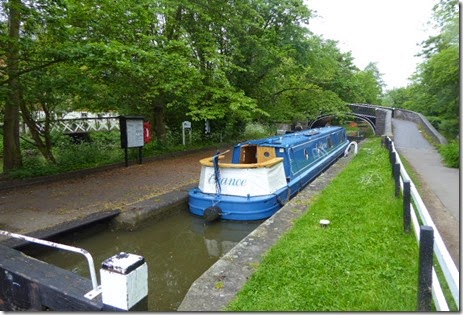 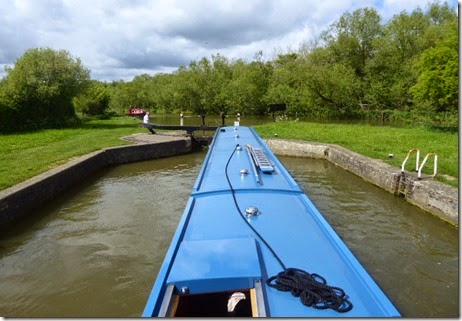 One of the weirdest experiences on the canal system is the lozenge shaped Shipton Weir lock, as the canal feeds onto the River Cherwell for a short while. It’s fun trying to keep the boat straight when the water starts flowing in. 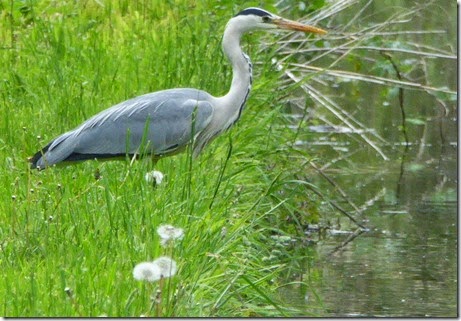 On our charming mooring on Friday evening outside Enslow, and in the middle of nowhere, all we had for company was the wildlife.  The birdsong was sensational and watching a heron waiting for his supper to appear was a real pleasure. 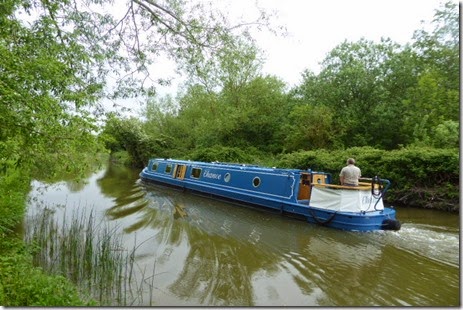 Today, Saturday, we continued up the Oxford Canal – shallow and slow, as always, it wasn’t quite the same journey for us as last year …….. 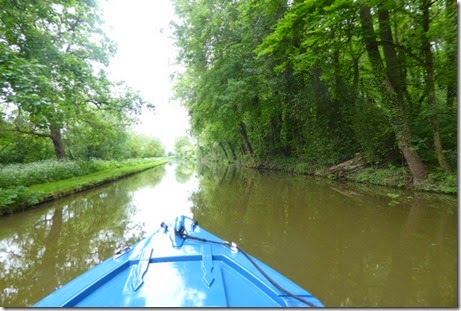 ……. as it’s now twice as wide!!!!!!  The amount of cutting back (and boy didn’t it need doing) has transformed the canal to the point where we didn’t recognise a lot of it. 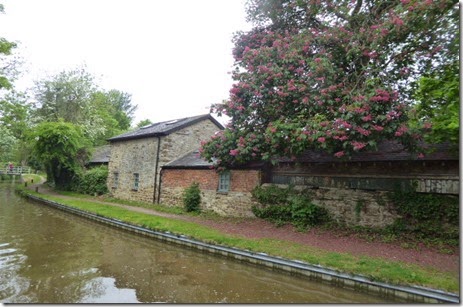 Reaching “The Heyfords” the cutting back stopped and the old Oxford canal returned. Perhaps they’ll continue next winter hopefully. Spring has truly sprung with blossom everywhere. This is a red Horse Chestnut tree at Lower Heyford. 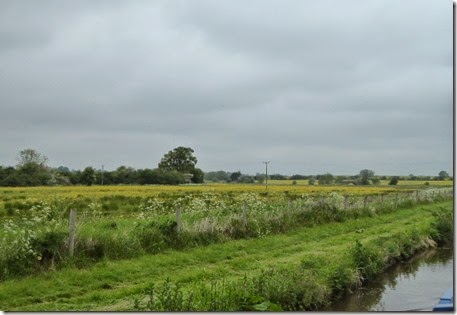 The canal banks are lined with hundreds of acres of buttercup meadows. 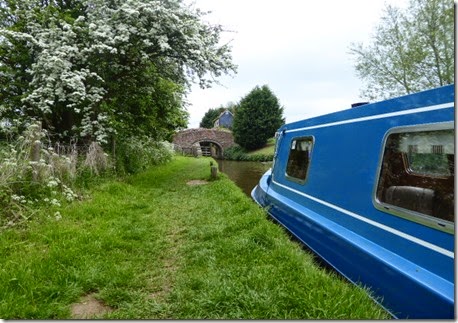 Our next treat, in more ways than one, was Somerton Deep Lock. Evidently, at 12 feet deep, it vies with Tardebigge for being the deepest narrowbeam chamber on the system.  While Doug went to release its huge volume of water James enjoyed the Hawthorne blossom, hanging off the hedgerows like grapes on a vine.

Another treat greets you when entering the lock chamber – a huge Clematis, in full bloom, covers the bridge and the owners of the pretty lock keepers cottage have planted all sorts of other wonderful things to please the eye. 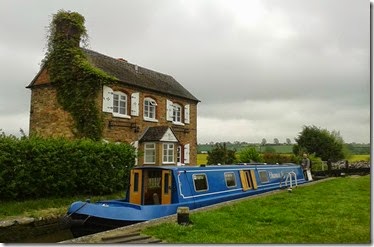 Eventually you rise to the top of its twelve feet and you can breath again! 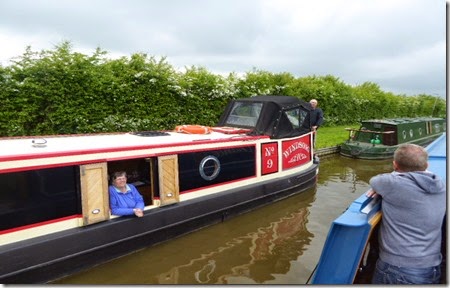 Our next treat was to bump into fellow bloggers Pip and Roger on nb “Windsong”. Due to our rather tight schedule on this trip we only had a ‘floating about chat’ with them (again!). One day we’re going to meet up and spend some quality time with these good people but for now it was short and sweet. Nice to catch up with you both. 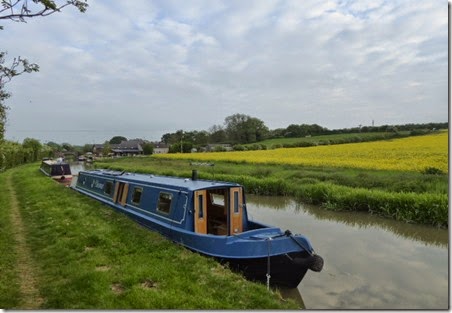 Trying to stay out of hearing of the M40, which rather plagues this stretch of canal, we chose the splendid moorings at Twyford Wharf for tonight’s mooring. James had to effect a repair (small thankfully!) where he thwacked into an awkward lock entrance earlier in the day – and once he’d got up a head of steam, decide to rub down and varnish one pair of side hatch inner doors. It’s been a good day!!