There’s been an absence of a blog as there’s been an absence of us doing very much over the last few weeks. Having said that, the reason’s been that James has been in hospital for a bit of refurbishment in the form of a hip replacement. On June 2nd, at 4 o’ clock in the afternoon, his osteoarthritic left hip was replaced by a new ceramic one. At 10 o’ clock the next morning they got him up and walking! Up until a couple of months previously there didn’t seem to be too much wrong but an x ray of the joint surprised everyone. 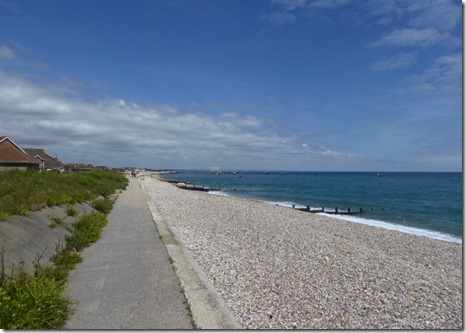 Anyway, cutting a long story short, the recovery has been nothing short of amazing. Within 3 weeks James is now walking, climbing up and down stairs totally unaided and gentle gardening and housework is common place. James’ surgeon is the main one to thank for all this – backed up by regular exercises and the very essential walking. James has seen a lot of Selsey’s beaches in his daily walks! 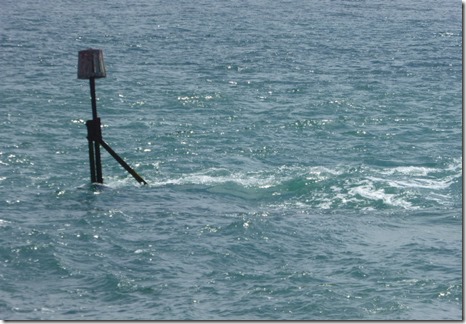 A very interesting sight, if you look at the sea, is the tremendous tidal race which scours the headland around the Bill. It’s like a very fast flowing river at certain times of the day and treacherous to swimmers and any craft that doesn’t have a powerful engine. It’s a good job we have our own lifeboat! 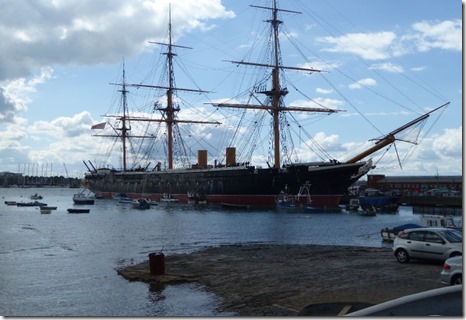 We had a great outing to Portsmouth Historical Dockyards on Monday. There’s far too much to see in one day and, as we didn’t get there until the afternoon we decided to concentrate on the Mary Rose. We left the very impressive HMS Warrior for another visit, as our year’s pass allows us unlimited visits. 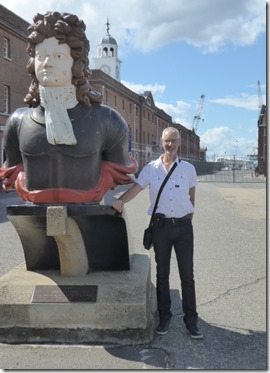 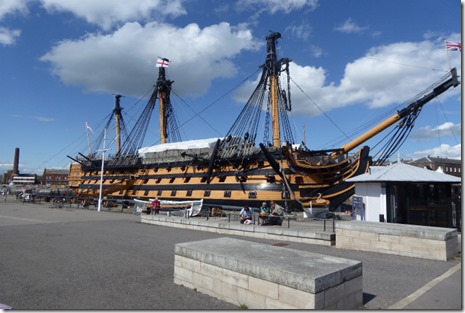 Likewise, we left the equally magnificent HMS Victory, which is open but still undergoing major restoration, for another visit. 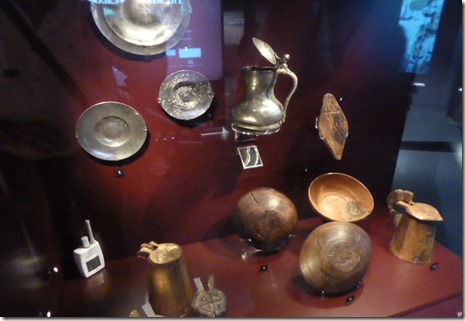 We weren’t prepared for the amazing number of Mary Rose artefacts and the superb state of preservation that they were in. 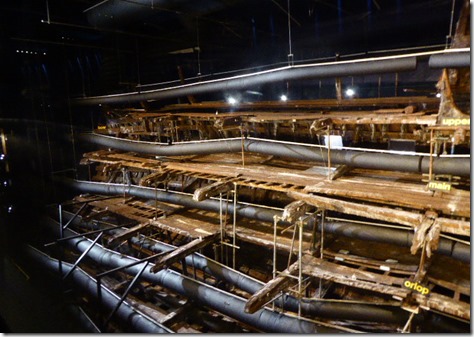 The Mary Rose was raised over 32 years ago, having been at the bottom of the Solent for some 400 years since Henry VIII watched his precious gunship sink in front of his eyes. Since its raising, the ship has undergone continuous preservation and restoration and it’s still continuing. The vessel’s structure is now being dried out and the large grey extraction tubing rather obscures the ancient timbers. 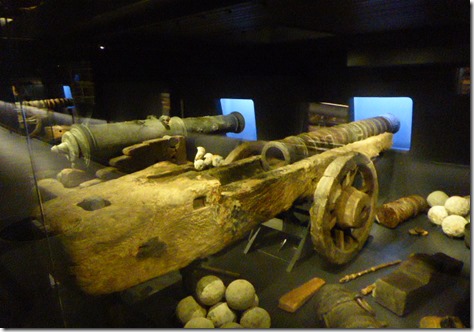 Some fully restored woodwork is on display – looking at these cannon carriages almost takes your breath away! 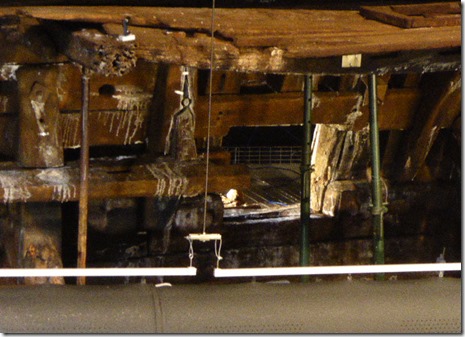 Looking closely, the decking and the hull details are in excellent condition. 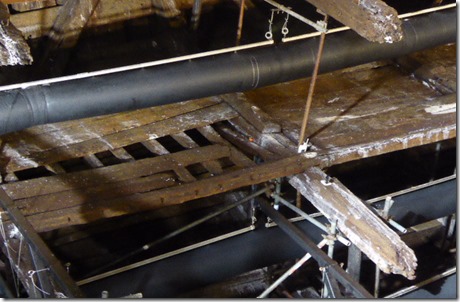 The ends of the massive deck support timbers have rotted off or been eaten away where they projected from the mud of the seabed. It was the mud which has preserved this special vessel over the centuries. 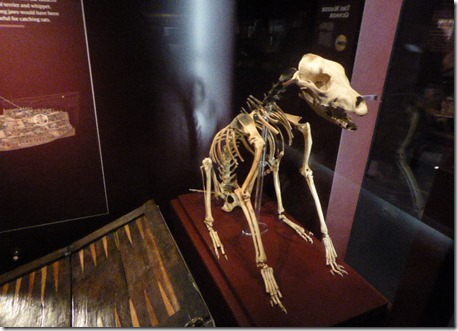 The almost perfectly complete skeleton of the ship’s dog. 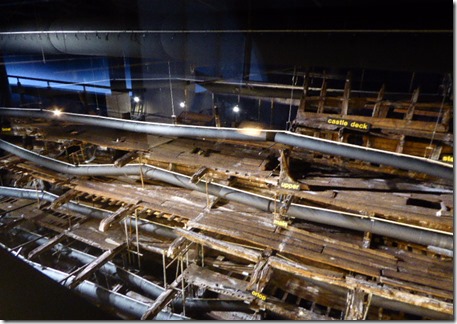 From the highest point of observation you can look down on everything from the Castle Deck to the Keel. Fantastic! 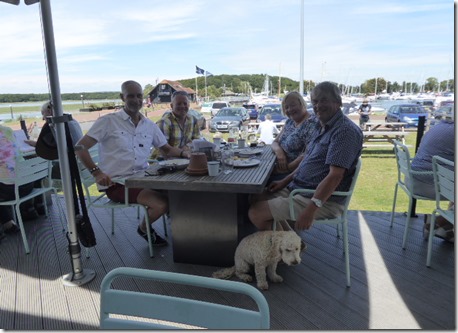 Today we had a great few hours when we met up, for the first time, with fellow bloggers and narrow boaters Linda and Richard from nb “Mary H”. We enjoyed over 3 hours of chat over lunch in the lovely surroundings of Chichester Harbour.  It was very nice to meet up with you both. Thank you.