The “Oxford” continues to delight …….. 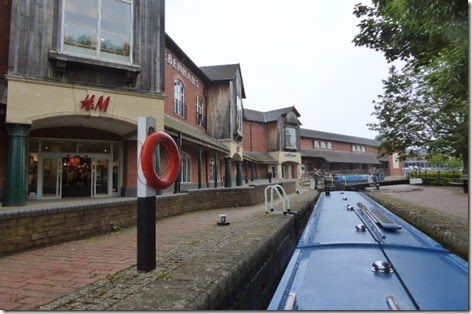 Stopping in Banbury (on Sunday) was essential before we went any further as the next two days of cruising offers no quick or easy way to get provisions. 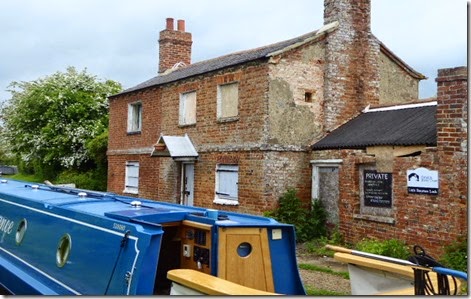 With the shopping stop at Banbury under our belts we cruised on. The lovely lock keepers cottage at Bourton Lock is still in dire need of some TLC. The problem with so many of these lock cottages is that there’s no access so you need a boat or a stout pair of walking shoes! 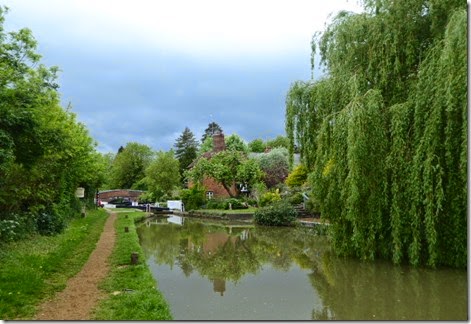 The pretty village of Cropredy was our stopover for Sunday night. Particularly as the weather was starting to look very threatening. The village is famous for the Civil War battle there in 1644 and the folk festival in August each year. It was also important for us as we were scheduled to meet Dave Smith …….. 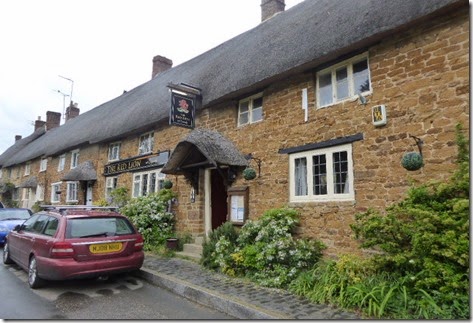 …….. in the Red Lion. He made the lovely wooden clock which James had for his birthday 2 years ago and Dave has given it an upgrade. So after a chat and a pint with Dave the clock is now back with us and we’re eager to see it working again at home. 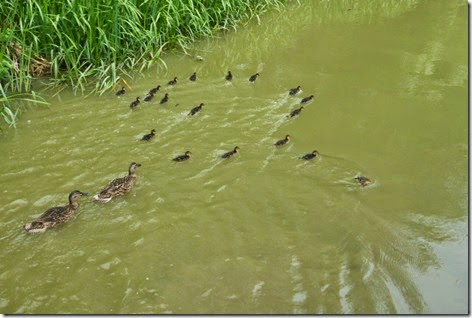 Today our first delight was to see a clutch of 18 (!) ducklings. How on earth can a duck sit on eighteen eggs! (or does half belong to one duck and half to the other?) 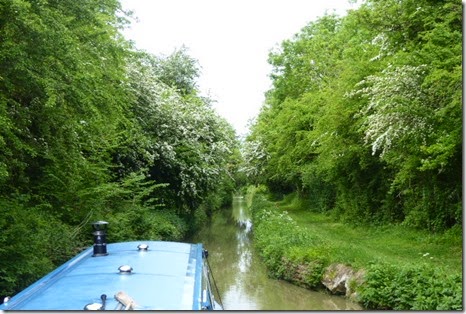 Here we are starting the ‘Fenny Tunnel’ near the village of Fenny Compton. When the canal was first built this was a 1000 yard tunnel but the rock was so brittle the top was taken off and it’s now just a narrow section where you don’t want to meet a boat coming the other way. 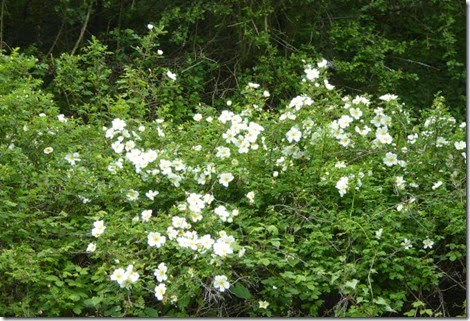 The blossom this spring is sensational – this is a Dog Rose in the narrow section. 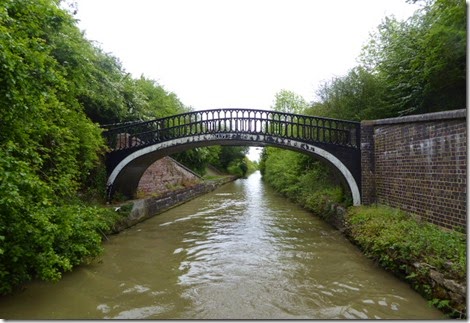 There’s a lovely cast iron ‘turn-over’ bridge (taking the tow path from one side to the other) half way along the narrows. It needs a coat of paint C&RT! 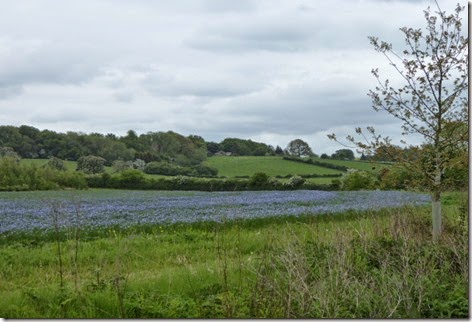 From the top of Claydon Locks we were on the summit stretch of the canal. At eleven miles long, with no population save a few solitary dwellings, it offers the opportunity to daydream if nothing else. The countryside around here is glorious at any time but in spring we’re treated to sights such as this field of Flax …….. 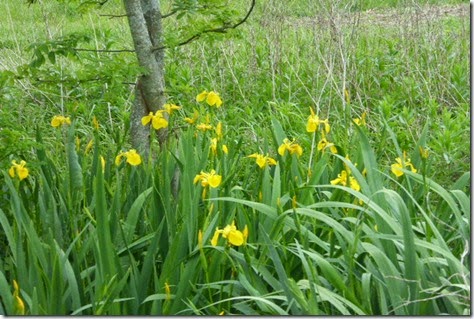 …… and these large clumps of Yellow Flag. 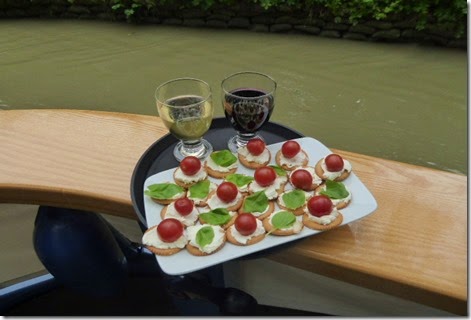 Just an aside – this was todays lunch! 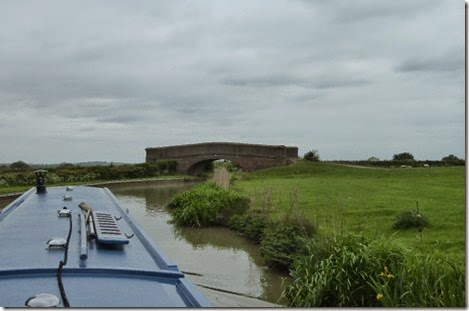 With so much of ‘nothing’ around, there are a lot of these ‘bridges to nowhere’. They are just access bridges for the farmers to get from one side of the canal to the other. 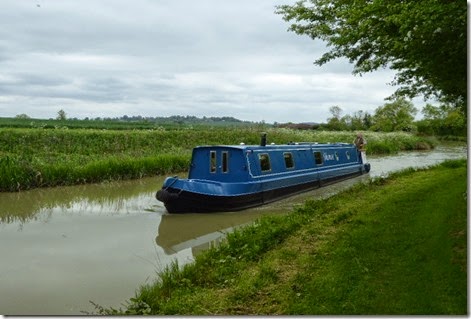 What’s this! – Doug at the helm! Good grief. 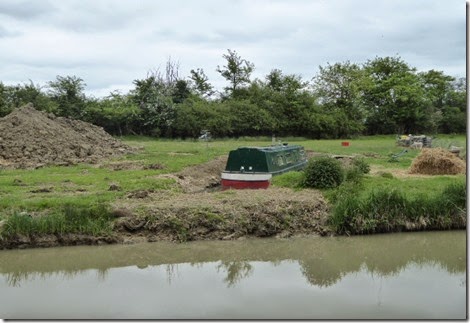 Well, the canal world can throw up some strange sights but what’s this all about!? Someone’s dug out a trench, floated in a boat and sealed up the bank! Does he still need a licence? 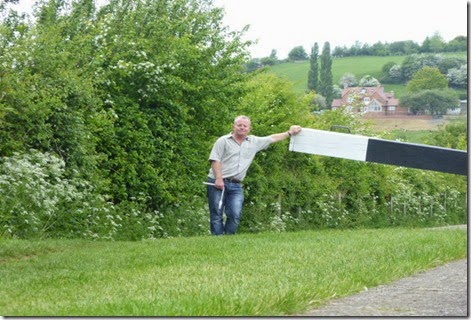 With the eleven mile summit behind us the Napton flight of locks took us down 55 feet to the lower levels. Doug looked a bit ‘all-in’ so we moored up for the night just above the last lock. James scrubbed to rear deck (which was a disgrace!) and Doug cooked home made burgers with roasted sweet potato wedges. The stove has been lit and we’re hunkered down for the night. Yet another lovely day.