We’ve had a bit of a delay in our progress as we arrived at Port Said.  We had to wait almost a day before being given permission by the Egyptian authorities to enter the Suez Canal.  When we were finally able to proceed we were one of fifteen large vessels in our southbound convoy. One of the casualties of the delay was that we traversed the canal in the dark which mightily choked off most of the passengers! (including ourselves who’d really looked forward to seeing at least some of it in the daylight) 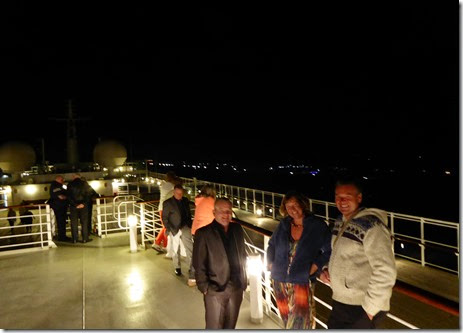 However, after dinner on Thursday evening we went up on top deck with Fran and Glenn to witness what we could in the darkness. 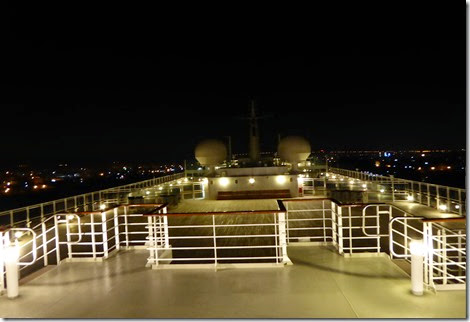 It was still an amazing sight to be on the huge ship travelling at 8 knots through a relatively narrow concrete trough. Here at El Qantra Gharb the houses come right down the edge of the canal ……… 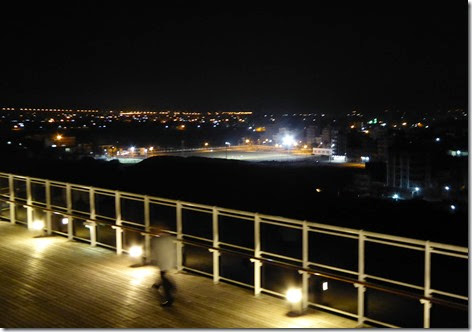 ………. and, if the Captain had slowed down a bit, we might have been able to watch this football match. 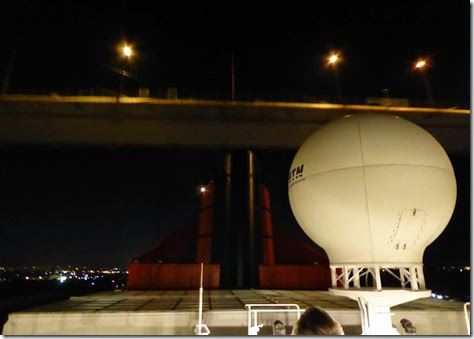 Memories of New York’s Verrazano narrows bridge came to mind as we just made it under the El Qantra Gharb road bridge. 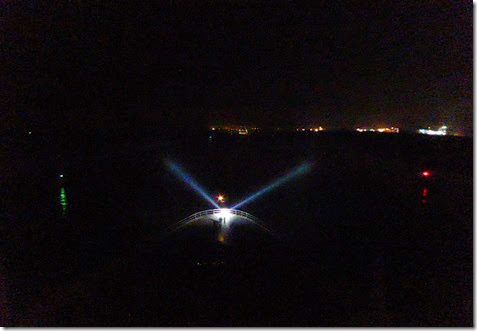 It was mighty scary stuff at the front of the ship with these two searchlights doing almost nothing!  However, the captain seemed to know what he was doing because at 6 0’ clock on Friday morning …….. 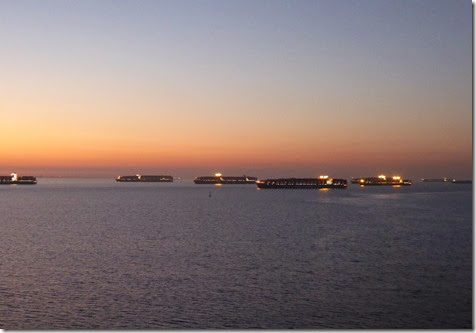 ……… we left the canal and entered the Gulf of Suez.  It was no different at this end either as the place was packed with large cargo vessels waiting to form a northbound convoy. 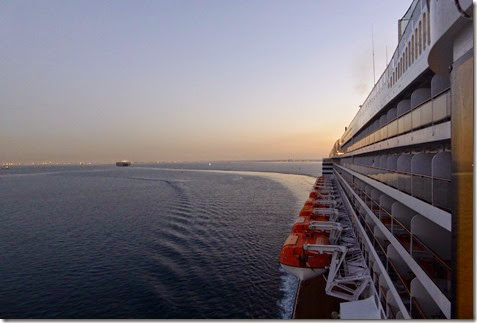 Queen Mary 2 is an extremely manoeuvrable ship and she was able to swing speedily between the anchored ships before she entered the less cluttered waters of the Gulf. 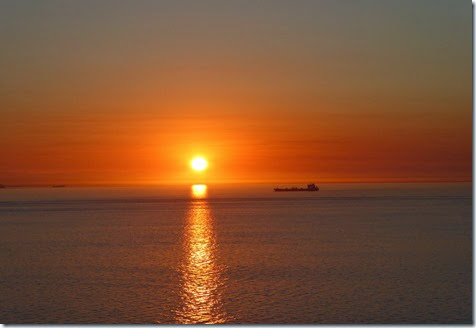 At 6:30 we were able to watch the sunrise.  Sadly the dramatic colours can’t be truly reproduced in this shot. 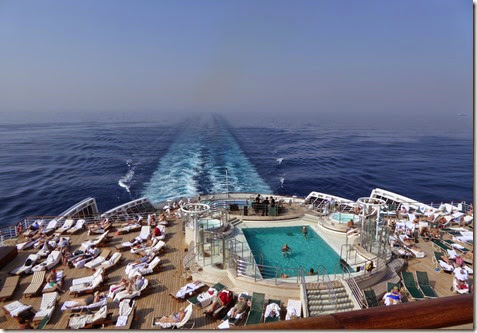 A second casualty of this week’s delay was that we have missed the slot into Aqaba and the excursion to Petra. We’d decided, on this occasion, not to visit the ruins but to spend the day in Aqaba but 1400 passengers were, rightly, most put out.  With a hastily arranged port visit to Muscat in Oman in lieu of Aqaba still days away, we’ll have been permanently at sea for 10 days!  The Atlantic crossing only takes seven!  All is not lost by any means though, as we’re enjoying temperatures in the mid to high 20’s as we sail through a very calm Red Sea.  The steel band plays on the stern of the ship and the lily-white bodies are being poached and fried to perfection. 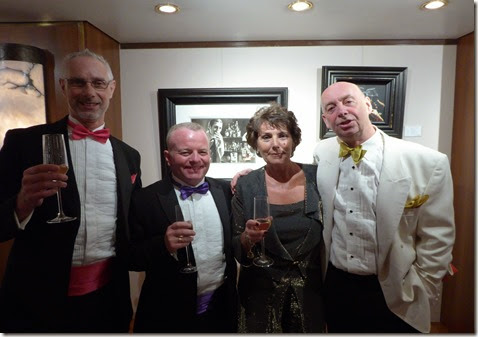 The Champagne receptions still keep coming (this one in the Clarendon gallery) here we are with Pam and Geoff – two people who are making life aboard even nicer for us. 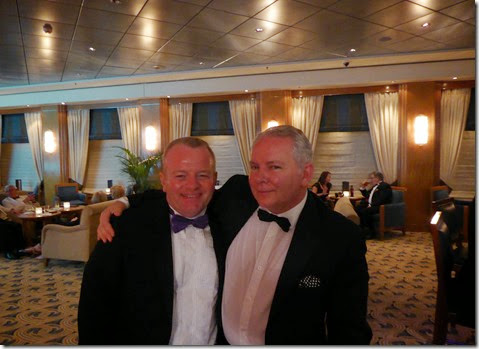 There have been some very late evenings recently and one or two have been enjoyed in the company of guest speaker George McGhee who’s talks on film and film stars have been a real sensation during the cruise. 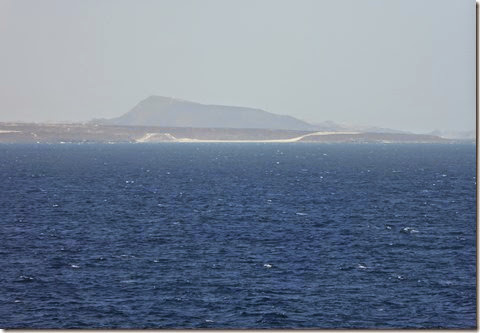 Today (Saturday) we left the Red Sea and sailed out into the Gulf of Aden with the Yemen close by on our port side. 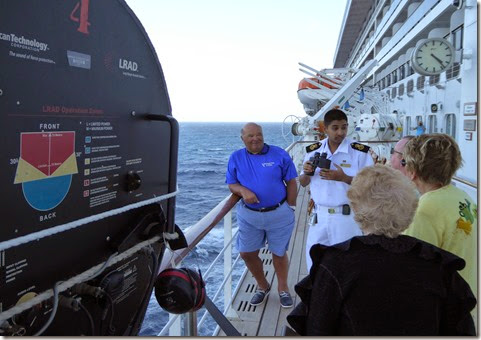 The ship’s company set into motion some days ago safeguards against the attack by pirates in the area.  The Royal Navy are aboard and we’ve all rehearsed what we need to do if things get dodgy.  There are lookouts posted on all four corners of the ship and there are sonic projectors (the big black thing) positioned around ready to burst the eardrums of anyone silly enough to come too close.  However, the shear size and speed of the vessel is probably enough to make would be pirates think again.