Almost back on the Canal!

On Monday we (or we should really say, the ship’s officers on the bridge) tackled the very narrow Straights of Messina.  It must have been a terrific sight from both Italy and Sicily to see this huge ship dwarf everything around it as it wound it’s way between them. 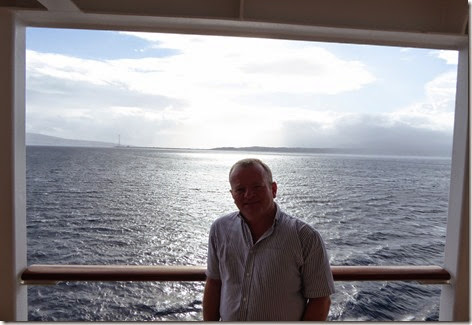 This is our first siting of Sicily and the “toe” of Italy. Halfway between Doug’s head and the left of the pic. a metal tower can just be seen. That marks the nearest part of Sicily to the mainland and was used to string a cable across to bring power to the island. Now no longer in use. 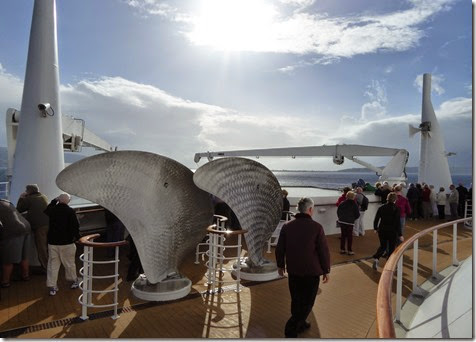 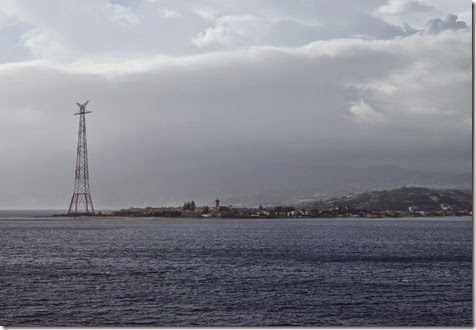 Nearer to Sicily and we could clearly see the huge tower which took the power cable across. 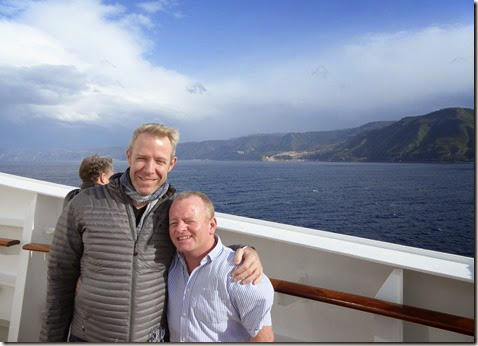 With the toe of Italy in the background here’s Doug with Kreston (no spelling error!) who we play darts and table tennis with. 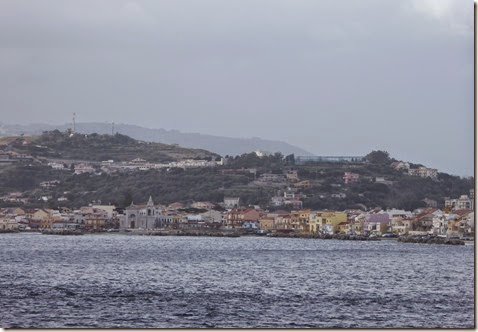 We were close enough to Sicily to enjoy some of the very old buildings of Messina. 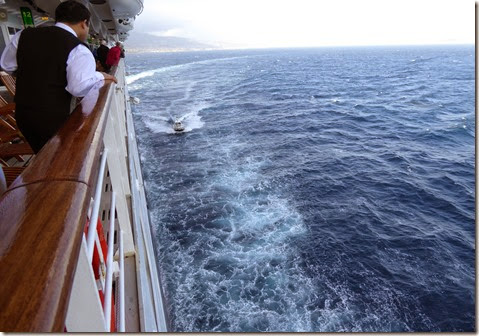 We needed a pilot on board to get us safely through the Straights of Messina and we happened to be around when the boat came to retrieve him back to the mainland.  The water was very choppy and James managed to video the action as the boat approached the ship and the pilot made his way down the rope ladder to jump aboard his boat.  A hair raising sight to watch but one which the pilot probably takes in his stride. 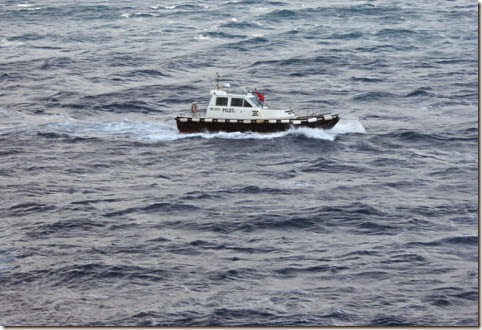 Just to prove the pilot made it safely – he’s the one wearing the red jacket. 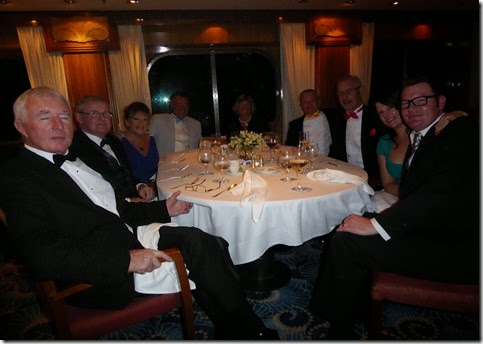 Our table is getting quite crowded at dinner as the circle of friends increases. William, Michael, Anna, Glenn, Fran, Doug, James, Jen and Justin (and uncle Tom Cobbley an’ all!) 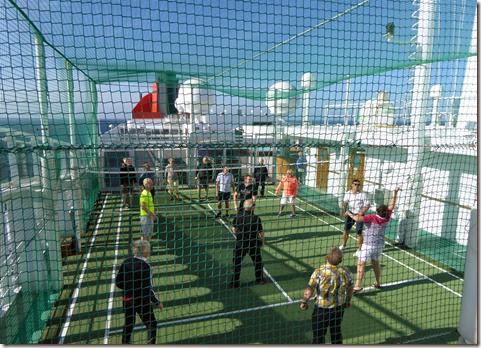 As we head further south and the weather improves we can enjoy more strenuous deck games ……… such as this volleyball match. 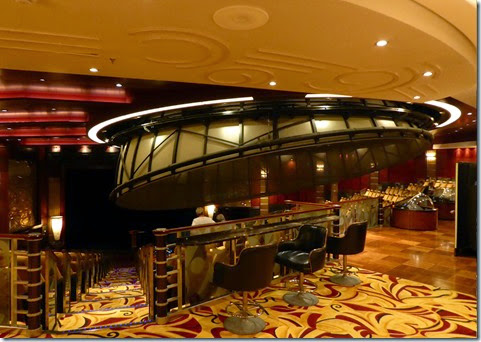 ……… but inside the ship there are still some excellent lectures to be had.  The marvellous Planetarium also provides two or three shows every day.  The huge dish extends from the ceiling and the seats recline to give us the luxury of looking upward to the skies. 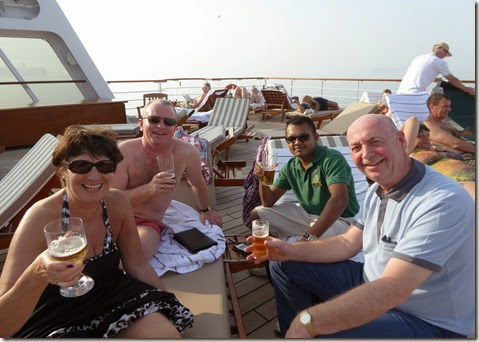 Arriving at the eastern end of the med on Wednesday we were “obliged” to wait for the Egyptian authorities to give permission to enter the Suez Canal. as it turned out it was almost a day!  There was nothing else for it but to sit on the rear deck in the gorgeous sunshine and quench our thirsts.  We were soon quickly joined by Pam and Geoff (who were tiring of their Queens’ Grill balcony!) and the wonderful Raj, bar steward and all round good chap, who took a few seconds off to pose with us for this pic.

We’re about to enter the Suez Canal at some time in the near future but even the Captain doesn’t know quite when!  The flotilla of ships waiting to enter is growing by the hour – it would be a marvellous site if the heat haze would lift so that we could take a decent photo.