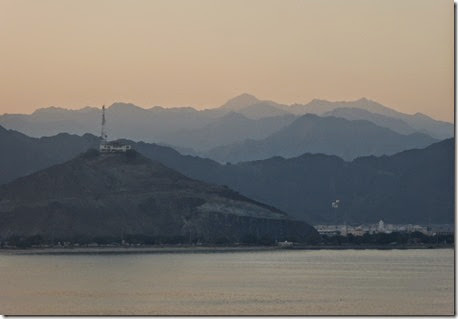 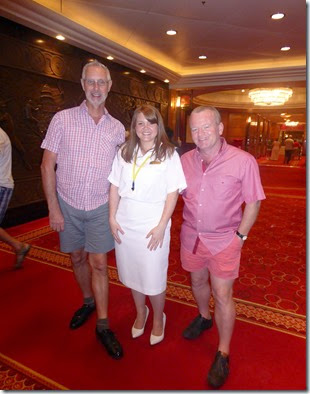 As an aside – we’ve been extoling the virtues of the wonderful Hazel Stewart, (Events manager) who’s done such a lot for us during our cruise – well here she is!  Definitely a rose between two thorns! 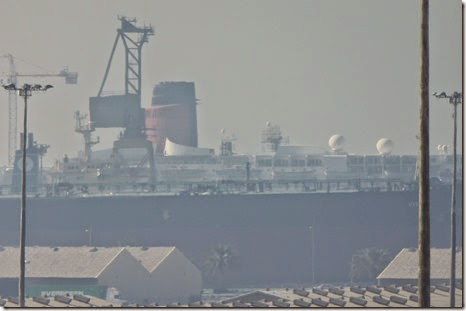 Waking up in Dubai on Thursday morning to a very hazy atmosphere there were two special points of reference for photos – firstly (in the distance) we could just make out the funnel and some of the superstructure of the beloved old QE2.  We’re informed she’s now just lingering in her berth with nothing happening to her. 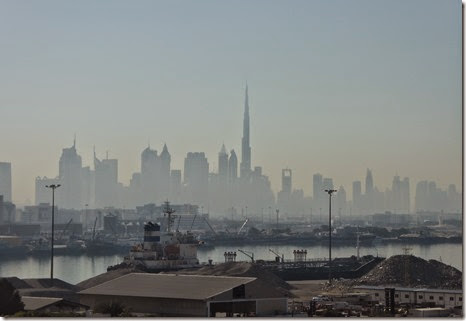 Secondly, the futuristic and spectacular skyline of Dubai looking very dramatic through the haze. 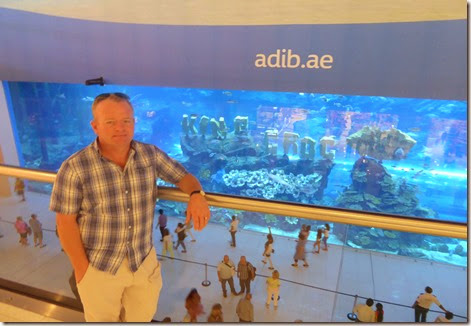 Catching the shuttle from the cruise terminal and ending up in the Dubai Mall 45 minutes later we had a walk around until we realised we could carry on walking forever and not see it all.  Not being great shoppers (well Doug isn’t!) we quickly treated ourselves to an iPad in the sales and then rested up with a superb coffee. The gargantuan aquarium is quite spectacular and most of it can be seen from the shopping mall without paying to go in. 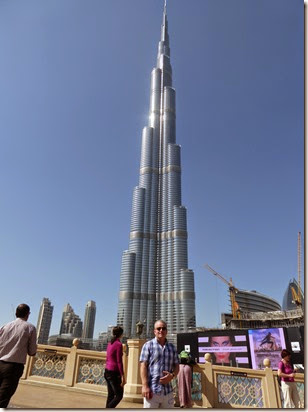 Next to the Dubai Mall is the vast area of water in front of the vast Burj Khalifa.  It’s the tallest building in the world and every single foot of it says so!  James thinks it’s the most beautiful building he’s ever seen – it’s sheer size and simplicity of design has just about reached perfection and you just can’t stop looking at it. 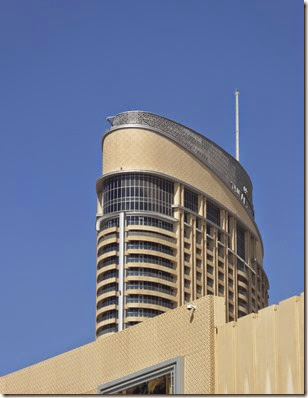 Other buildings surrounding “The Burj” are also very beautiful …….. 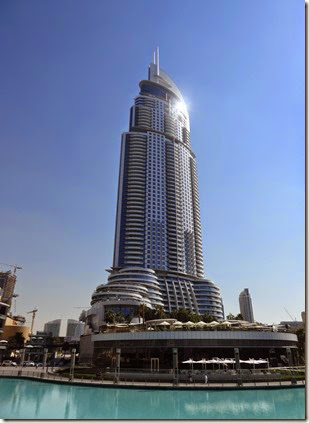 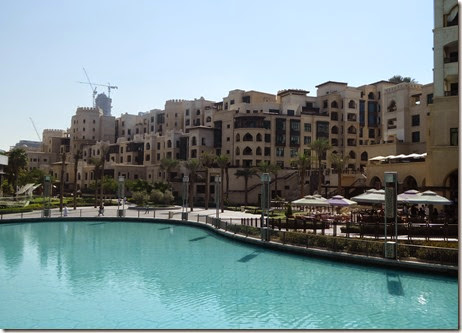 Other construction around the lake is more traditional and much more on a human scale. 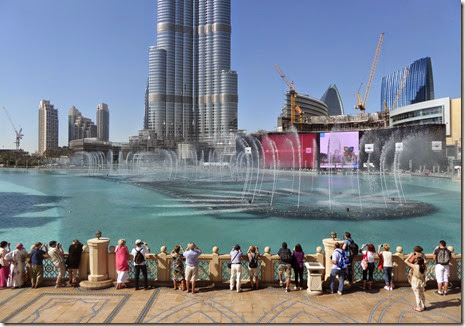 We are not quite sure of the timings but the dancing fountains in the lake started at 1:30pm.  The main performances take place after dark and and we’re looking forward to seeing them again. 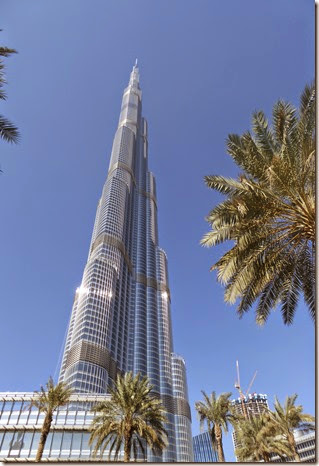 Perhaps a better pic. of The Burj Khalifa with a few palms thrown in to soften the edges. 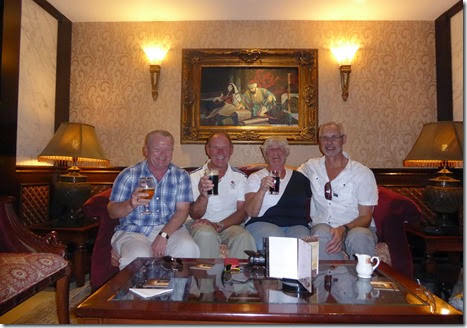 Although we were spending our last night on QM2 on Thursday we popped in to check on the hotel which will be our home for next four nights. Now - due to a hiccup in communications we could not make contact with two canal boat friends who we knew we would overlap in Dubai for this one day.  Cosmic coincidence can be the only explanation why Ian and Irene (nb Free Spirit) walked through the hotel door within 5 minutes of us leaving to go back to the ship! Our shrieks of delight and surprise as the four of us spied each other brought stares from everyone in the hotel. Ian and Irene have been staying in the hotel for the last few days (just as we are doing) between their cruise and flying home. Our plans for the rest of the evening came to an abrupt end as all settled in for a drink and a long chat. 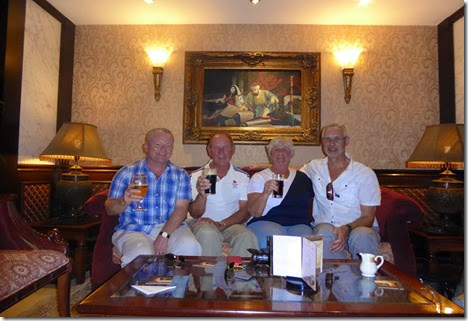 Another pic. (spot the difference!) just to capture the momentousness of the meeting. 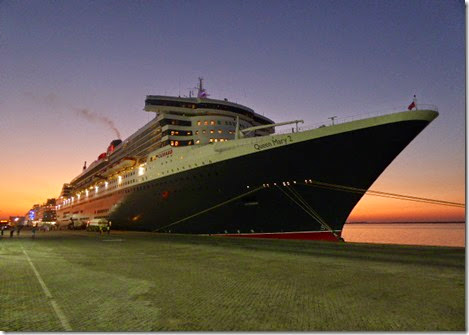 Eventually getting back to our “home” for the very last night, we found QM2 (at last!) in the perfect position for a photo.  It couldn’t have been better, with the sunset behind and with her lights on she looked absolutely brilliant.  A few days ago we were very fortunate to get a ‘back of house’ tour of this fantastic liner.  There is another world, just as large as the one the passengers occupy, within this ship and it was an enormous privilege to be able to see so much behind the scenes. Just seeing lights behind the holes where the ropes disappear reminds us that we’ve been in that rope room!

Well, it’s au revoir QM2 – our home for the last month. After more than 6000 miles we leave her to continue her World Voyage as we look forward to a few more days in Dubai.