As promised from the last blog, here are a few photos of our Thursday trip along the south coast of the island……… 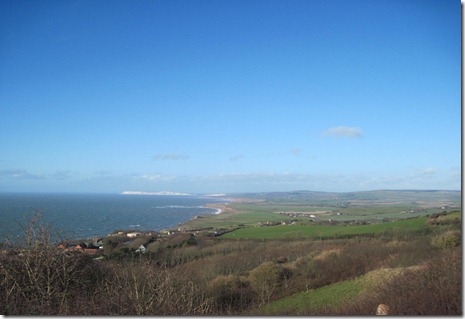 This is the view from above Blackgang Chine looking west.  On top of the the white cliffs in the far distance is Tennyson Down and beyond that the Needles. 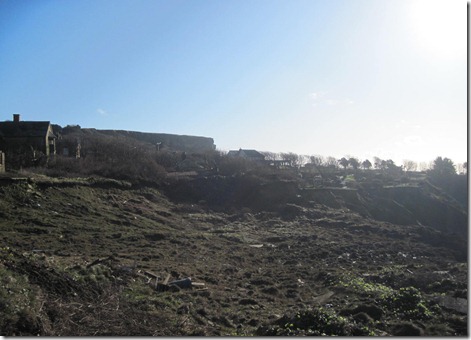 This is what is left of the Blackgang Chine theme park!  Doug can remember it from his childhood days -most of the buildings are now in the sea or abandoned to their inevitable fate.  We think that what’s left of the park (and is safe) is still open. 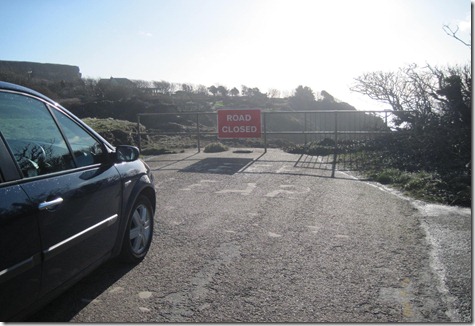 The end of the road!  The island has been battling with land loss for a long while and land is currently lost at the rate of between 1 and 3 meters a year in some parts. 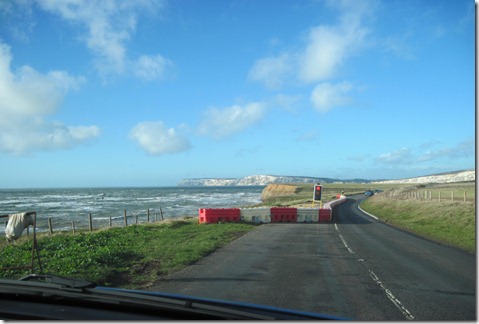 We travelled on further west to find that part of the coast road has been undermined and is now only safe as a single track. 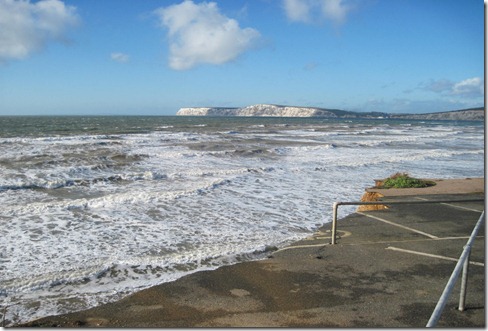 Further west still is this surfing beach just before Freshwater.  Most of the car park has now disappeared but there are a few spaces still left on the “safe” side of the railings!  There are two surfers in the water (black dot at centre of picture and black dot far left).  Great view of Tennyson Down.

Friday (yesterday) was our last day on the island and we awoke to brilliant sunshine and 10 degrees.  We had to remind ourselves it’s still January. 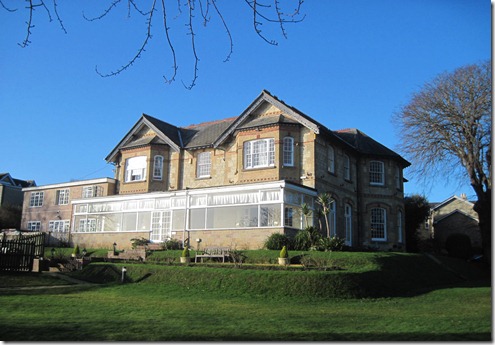 Luccombe Manor Hotel on Friday morning.  It was obviously a grand cliff top villa back in Victorian times and is still well cared for today. 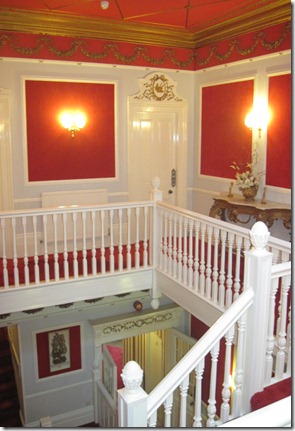 This is the landing  – very richly decorated with details picked out in gold.  All the main rooms were the same but in blues and greens.

After checking out of the hotel we took the “thousand” steps down the cliff to a completely deserted beach where Oscar could enjoy his favourite pastime! 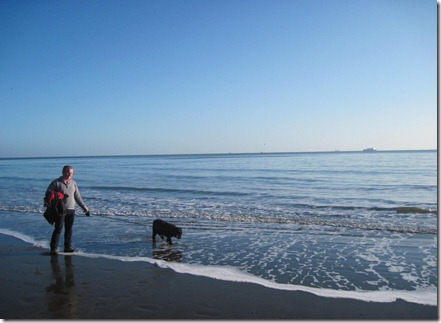 Doug had to take his coat off as it was so warm.  We didn’t fancy all the steps back up the hotel where we’d left the car so we walked along the beach to Shanklin seafront and from there……… 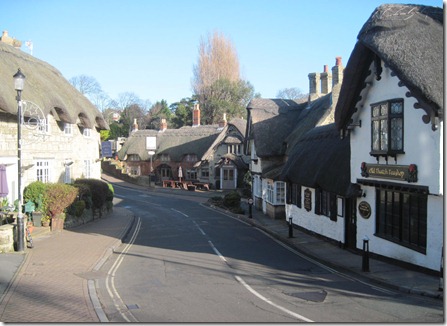 up to Shanklin Old Village and back to the hotel.  A long walk for Oscar but he made it.  The old part of Shanklin is very picturesque – especially in January and in the sunshine.

We’re back home now after a very relaxing few days on the Isle of Wight.