“Abroad” for a few days!

Yesterday we travelled “abroad” for a couple of days (The Isle of Wight actually!)  It only takes a couple of hours for us to get there  and we enjoy the peace and quiet of the island out of season. 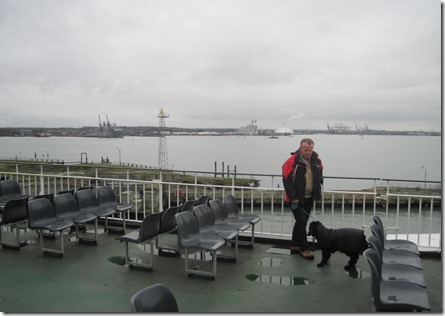 Here’s Doug and Oscar on the 12 o’clock ferry from Southampton – a cruise into the bargain!  We normally leave from Portsmouth but decided on a change this time.  However, it’s quite a boring trip down Southampton Water so we think it’ll be Portsmouth again next time (it must be a terrible anti climax for transatlantic travellers after leaving from New York!) 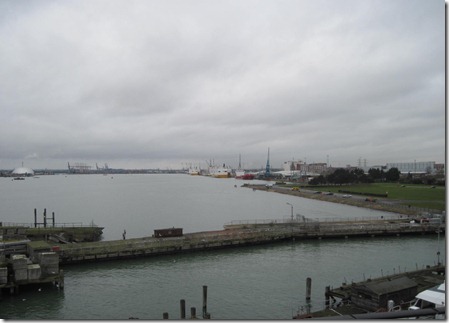 This was our view of the cruise liner terminal but all we could see were two freight car carriers (yellow hulls).  Enquiries found there will be no cruise liners until 2nd Feb so we wont see any on the way back either.

Today we had a trip out along the islands’ south coast – stopping for a while in Ventnor where Oscar likes a walk along the beach. 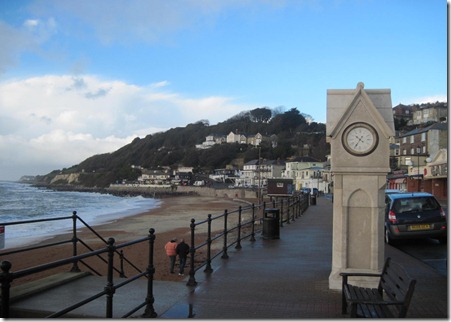 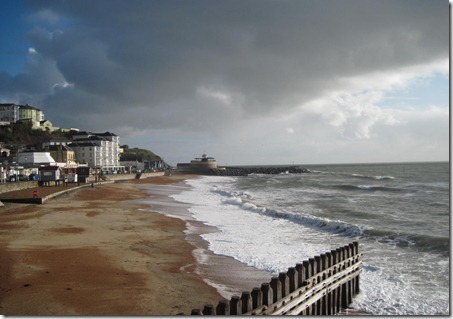 Ventnor sea front looking east.  The rain clouds did deliver! – but it was all over very quickly. 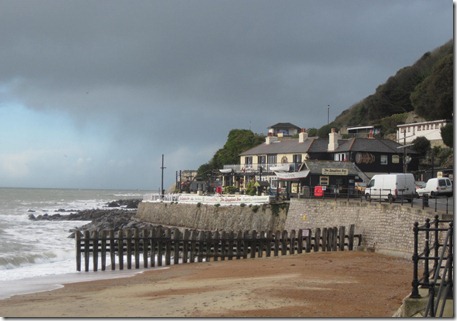 The very quaint “Spyglass Inn” underneath a threatening sky at the end of the seafront.

Heading west, and just outside the town centre, we stopped for a walk around the Botanical Gardens.  It was amazing to see just how much was in bloom at this time of year.  The gardens are quite famous for their sub tropical micro climate and have now recovered very well from the devastation caused by the hurricane in the late 1980’s. 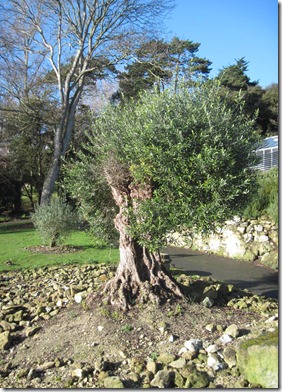 This olive tree has recently been brought over from Cyprus and is said to be 700 hundred years old.  It seems to be doing very well. 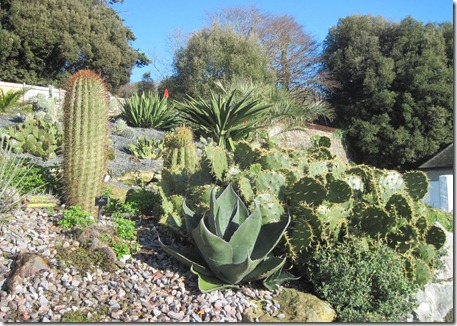 This could be somewhere in New Mexico but it’s just round the corner from the olive tree!

Still heading west we enjoy the coast road along the south of the island because of the fantastic views and because there is usually  a new landslip somewhere – the island is losing a lot of it’s land on the south side.  We weren’t disappointed by either the views or the landslips on this occasion – photos on the next blog!!