Today we received the sad news of  the death of Sir Patrick Moore at his home here in Selsey. 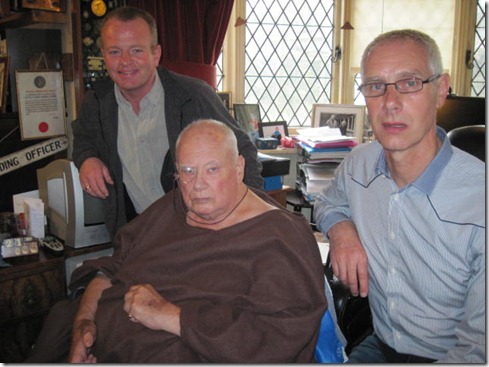 We were greatly privileged to know Patrick in the last few years of his life.  He was a witty, brilliant man who treated everyone who knew him as an equal – whether you were an astronaut, an author or a plumber.  He once told us that Einstein, who he knew and played music with, was “a very good violinist”!  We very much enjoyed his company of an evening in his study, over a drink (or four), and we enjoyed his wit and wisdom over the occasional Chinese or Indian take away. 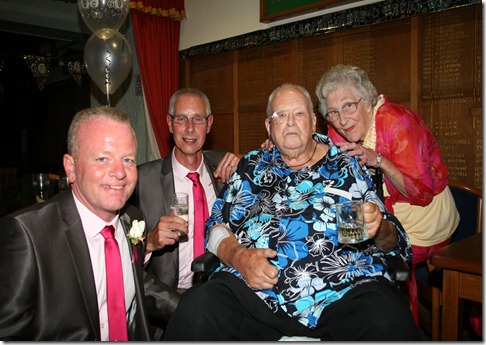 We were delighted that he accepted, with great enthusiasm, our invitation to join us for James’ birthday and our Civil Ceremony celebrations in August this year.  He stayed much longer than we thought his health would allow, chatting to so many of our friends and family.  He told us he thoroughly enjoyed himself when he invited us round to his house a few days later.

We’ve known for a while that he has been unwell and he has been unable to give Doug the game of chess that he was looking forward to when we returned from the boat in November.  This National Treasure will be irreplaceable.

Oscar:  We would also like to say a big thank you to everyone for the enormous number of messages we’ve received over Oscar, it has been a great comfort to us today. It was an especially great privilege to us to have been his friend for so long also.