A job which needs to be done each winter, is to strip and re varnish “Chance’s”  Taff rail.  James usually chooses  Nitromors (at about £8 a tin) to attack the varnish.   It does the job but it’s still a bit of devil to get all the varnish off. 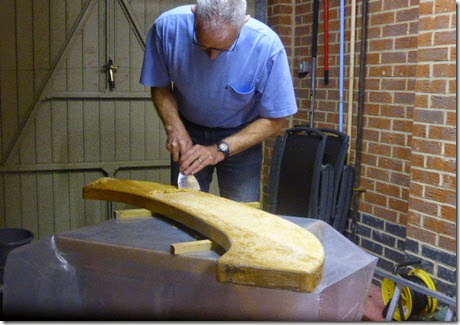 This year he tried Wilko’s own brand (at £3 a tin!) and it’s excellent – all the varnish comes off first time and no heavy scraping  …. 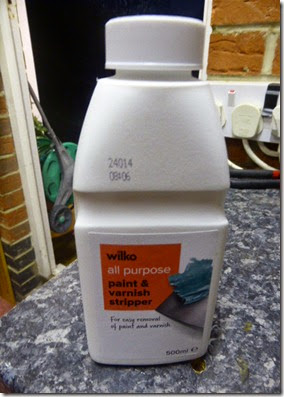 On Wednesday morning we took the car ferry across to the Isle of Wight for a couple of days. 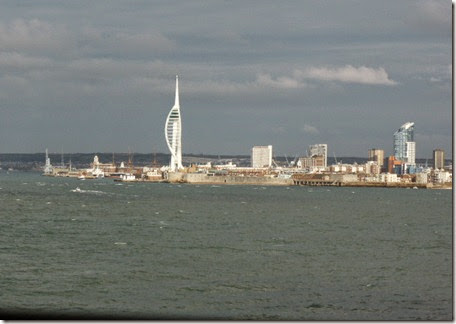 Portsmouth looked good in the morning sunshine as we left the mainland. 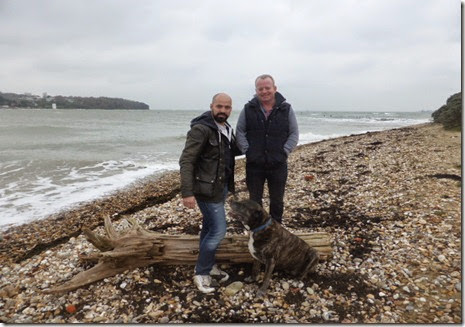 We stayed with friend Jonathan and his lovely big dog “Sasha”. 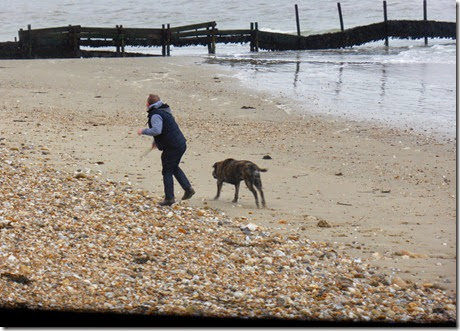 Although she’s getting on a bit, Sasha enjoyed a bit of stick retrieval on the beach with Doug. 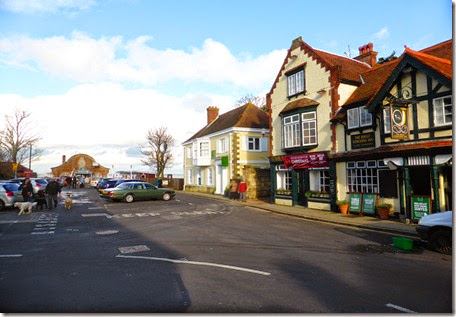 The island basks in sunshine most of the time – and Yarmouth still looks spick and span. 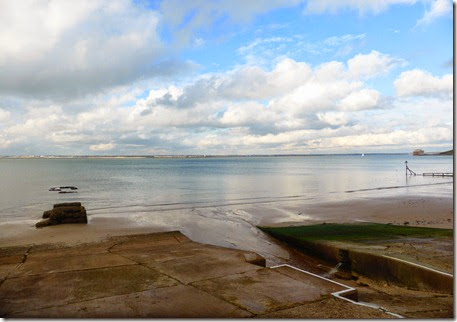 Cotland is the closest bit of the island to the mainland (at Hurst Castle).  Once upon a time it was exiting to see big cruise liners using this channel on their approach to Southampton – instead they now go round the east of the island. 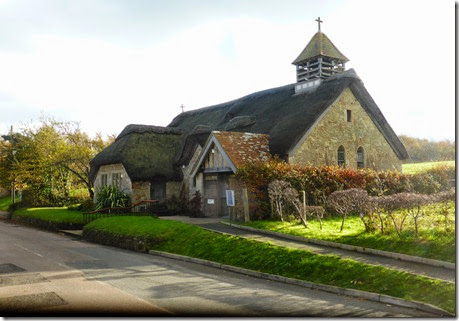 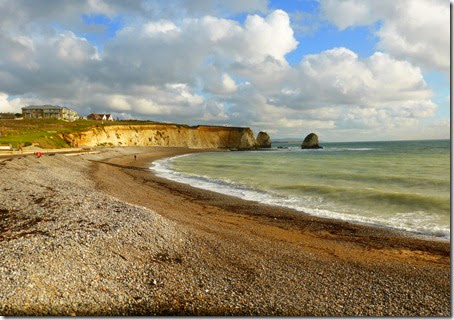 …….. and at Freshwater Bay itself there are spectacular views eastwards along the south coast of the island. 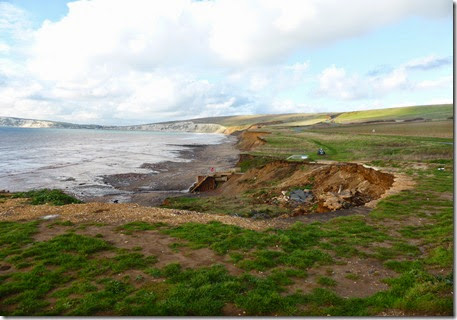 The island’s south coast is being severely eroded, with big chucks of  land going into the sea.  This used to be a car park and viewpoint and the council have recently sowed grass where the tarmac used to be. 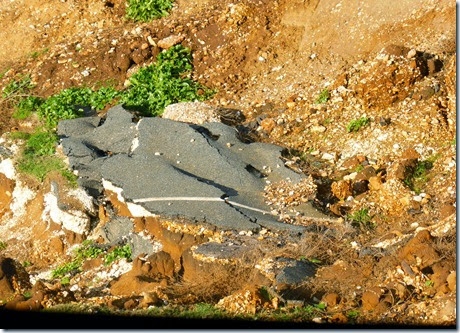 Down on the beach there is still evidence of the car park (white lines and all!) 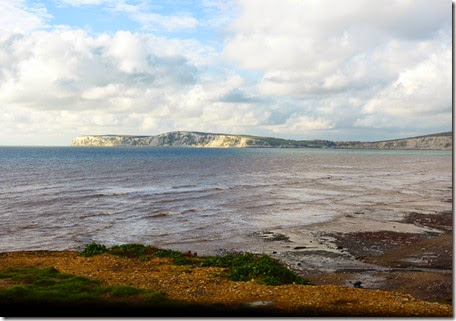 The majestic bulk of Tennyson Down looks wonderful in the sunshine. Another reminder of the land erosion with part of the coast road now closed completely ……. 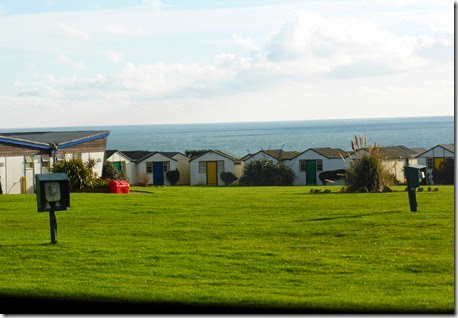 …… but further along the coast “Hi De Hi” is still alive!  This lovely old holiday camp is well kept and very attractive.

We returned from the island this evening (on a delayed ferry!)having had a really great couple of days with Jonathan and “Sasha” and a big ‘thank you’ goes to both of them.