We just have to show this photo of us on Wednesday this week ……….. 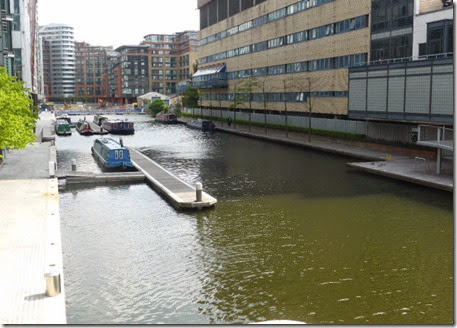 ………- we sure felt like “Billy-no-mates” in Paddington Basin.  At this moment there were eleven spaces in total – and there are still six spaces available this Friday morning. 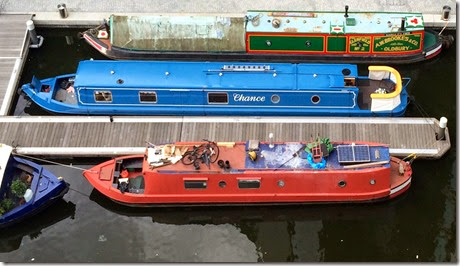 We did get neighbours by the time this superb shot was taken by a friend working in the upper floors of St Mary’s Hospital.  It looks as though James was in the middle of some polishing (!) by the look of the rubbish on the decks. 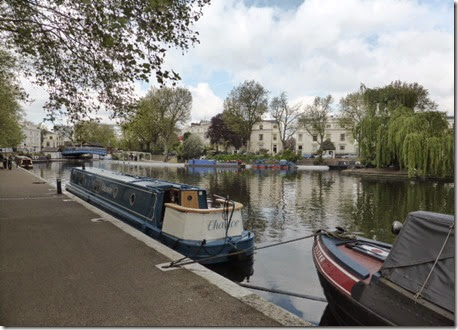 We popped up to Little Venice to top up with water on Thursday morning.  With the trees starting to burst into leaf this lovely ‘watery’ area looks a real picture.

After having lunch with a couple of friends we spent the rest of Thursday afternoon sweeping the chimney and giving the “Squirrel” a good decoke.  It’s a nasty, dirty job that left James in need of a shower and Doug scurrying around with the duster and the Dyson. However, the evening was something we were looking forward to ………. 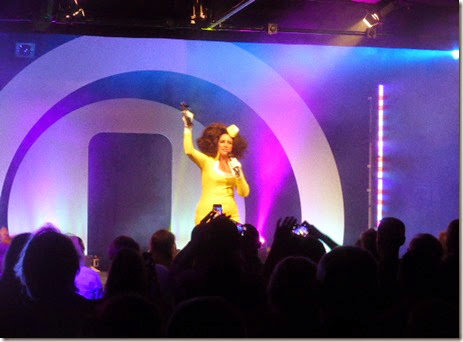 ……… as we’d got tickets to see Pam Ann at the Leicester Square theatre. In two hours of non stop delivery this irreverent lady left no subject untouched by her totally unique humour. 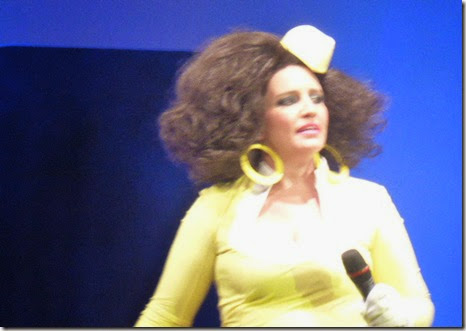 Being a very experienced “air hostess” she had her own slant on the trouble that some planes get into and the shortcomings of some airlines! She had the whole audience screaming with laughter. 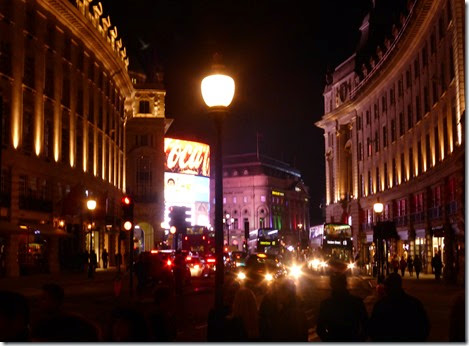 After the show we had a couple more hours of fun in Soho and then it was the bus ‘home’. There’s still a real buzz around Piccadilly Circus after midnight.

We have this weekend to enjoy then next week will be taken up with James’ heart op. on Tuesday at the Hammersmith hospital.  We’ve been told the procedure will take longer than first thought as they want to do some ‘mapping’ of the heart in order to make a decision on the actual ablation of the Sinus Node.  So it’s dressing gown and slippers at the ready!