Today we took part in the St Pancras Cruising Club Halloween event, with a cruise down to Kensal Green from the club base at St Pancras. 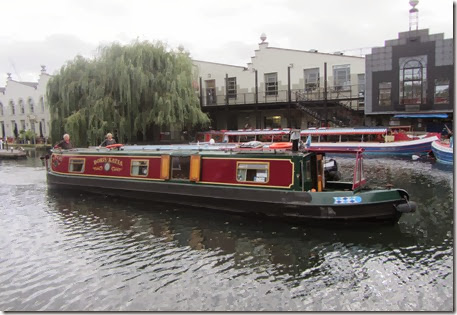 We left ‘Chance’ behind on this occasion, taking the tube to Kings Cross, arriving at the club house for coffee and croissants, before being  invited by Andrew  (the club commodore), and his wife Frances, to join them on their boat ‘Doris Katia’ for the trip. 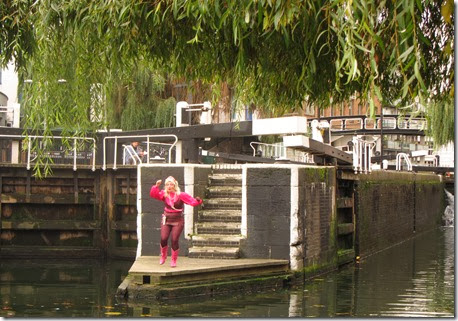 On getting to Camden locks we were treated to an open air exhibition of ‘not-very-much’ by a somewhat animated “lady” who was definitely ‘on’ something.  We asked her what it was as we all wanted a pint of it ourselves! ‘Doris Katia’ lead the flotilla of narrow boats through the Camden locks which, as normal, provided us with plenty of onlookers. 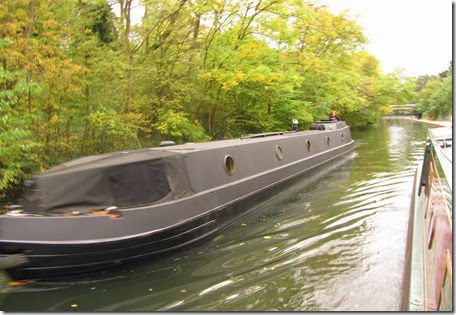 There were quite a few boats on the canal today, most of which we met in tunnels or bridge 'oles, but we luckily met this rather unique one on the straight. With its low roof line, lowered cratch and mat black finish, it’s deservedly known as the “stealth boat”. (not sure whether it stays under radar detection though) 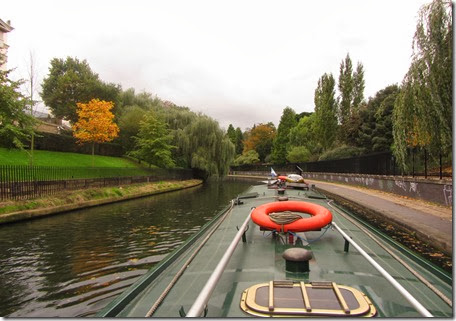 After Camden locks Andrew gave James the tiller and then promptly disappeared inside the boat for the rest of the trip! (to perform other organisational duties we think).  James was quite at home of course and enjoyed both steering a different boat and the ever-changing autumnal colours along the Regents Canal. 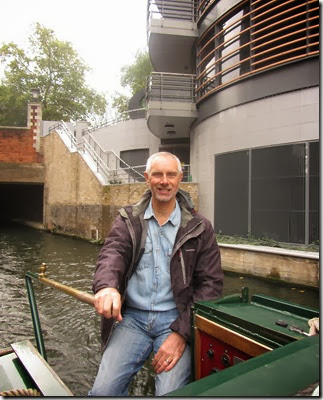 It was a different feeling steering a traditional stern, rather than ‘Chance’s’ cruiser style. 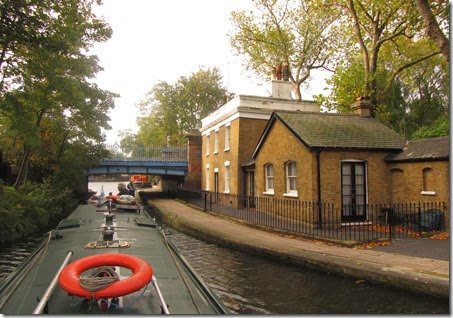 It was rather windy for the trip today but the rain held off and we were soon approaching Little Venice. 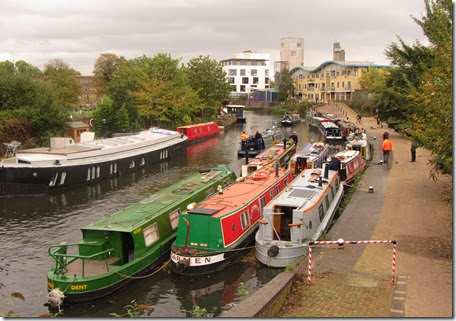 Another half an hour and we arrived at Kensal Green.  Joined by the rest of the St.Pancras flotilla of over a dozen boats we temporarily took over the moorings outside Sainsbury’s.

We had a lovely lunch of home made pumpkin soup with Andrew and Frances on board ‘Doris Katia’ after which we joined many of the crews in the Decenters Chapel at Kensal Green Cemetery for a Halloween quiz.  We then returned to ‘Chance’ by tube train to recharge both our own and boats’ batteries as we’re re joining the St. Pancras group for their party this evening.

We had a super day with everyone but special thanks to Andrew and Frances for the invitation to join them today.