Farewell London (for a while).

Well, we weathered the storm very well on Sunday night – James slept right through it, which was a miracle!  Everything is alright at home in Sussex we are assured by our neighbours,  that’s another miracle considering there were 90 mph winds recorded on nearby Isle of Wight. 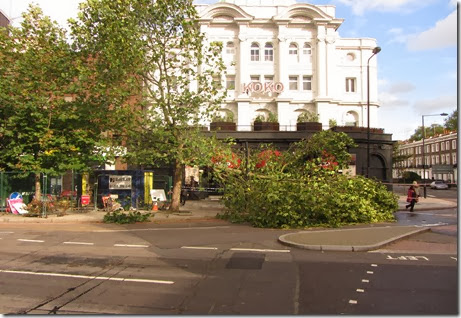 Yesterday we went over to Camden for some lunch and a bit of a wander round.  The storm damage began to emerge as we walked through Mornington Crescent. 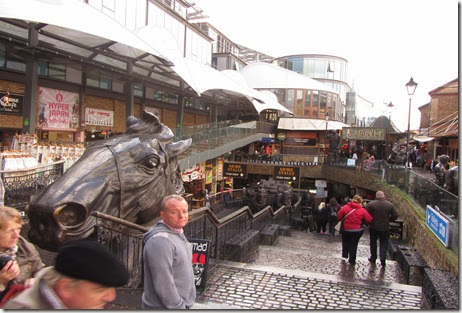 Considering it was a bit of a showery day Camden Market was still very busy.  We noticed that a huge amount of money must have been spent on the numerous, and marvellous,  horsey sculptures which adorn the Stables area of the market. 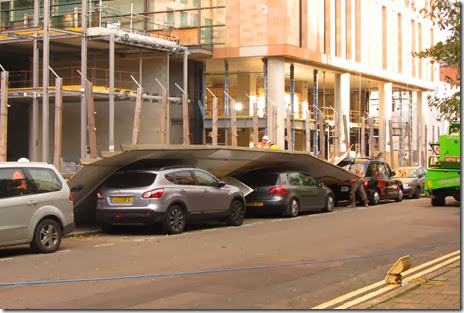 Having “done” Camden we decided to walk to Kings Cross where, on the way, there was more evidence of the previous night’s storm.

The evening had us enjoying a last night out in the West End where we met up with several people we’ve got to know since we’ve been in London – it was a great end to a great few days.  Today we took ‘Chance’ on the short trip to Packet Boat marina at West Drayton for the winter period. 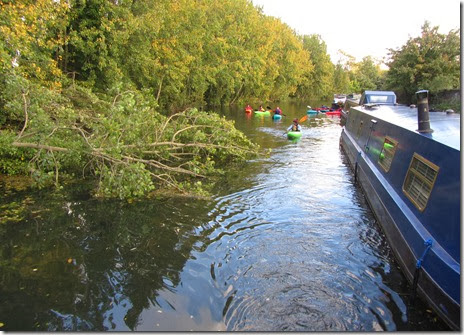 The trip was made all the more eventful by a continuous string of fallen trees – either in the canal or across the towpath.  This tree luckily fell short enough of the moored wide beam for us to just scrape through. 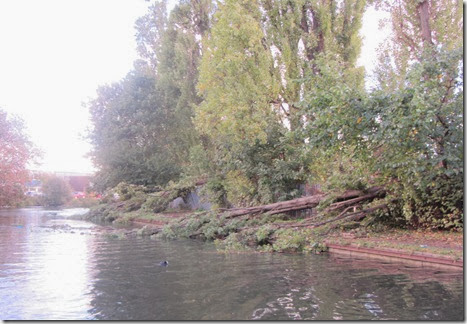 The towpath all the way down the Paddington Arm faired less well than the canal itself, with many obstacles for walkers and cyclists to negotiate 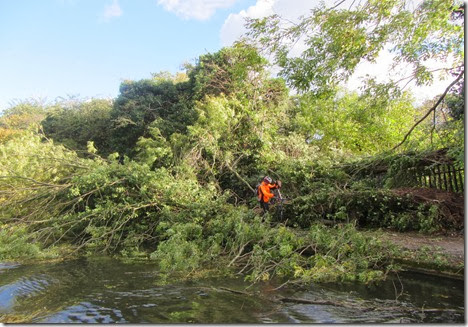 We caught this man trying to scrabble through the branches with his bicycle. 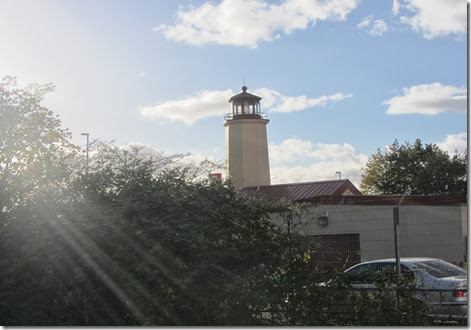 Further down the arm we spotted a lighthouse in Southall – Hmmmm! 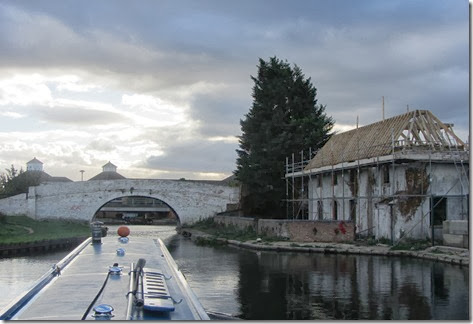 Getting to end of the Paddington Arm we approached Bulls Bridge and then turned right onto the Grand Union Canal. 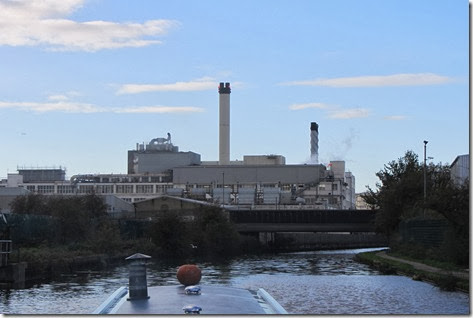 As we heading north towards West Drayton we passed the huge Nestle factory.  With the wind being in the right direction we were treated to a gorgeous sugary aroma. 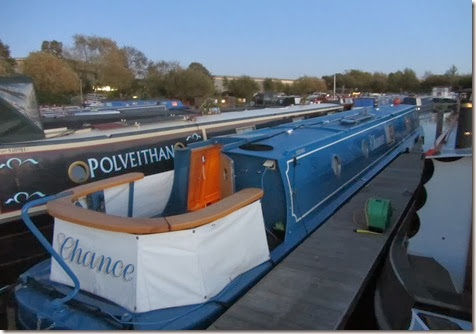 After a 4 1/2 hour trip we arrived in Packet Boat marina and got nicely settled into our berth.  The first thing was to purchase a 32 amp plug in order to couple up to the shore power as ours is the normal 16 amp but, while Doug went off to use the marina tumble drier, James got the tools out and connected us to the shore power.

We’re not winterising ‘Chance’ at the moment as we hope to be returning on a regular basis.  So, with only a few jobs to complete, we hope to get the car packed and travel back to Sussex tomorrow for a bit of  terra firma for a short while.