Our last day in the “Big Apple”

Yesterday evening we took the very smart advice from Linzie and Bernie, who we had lunch with earlier, to take the Staten Island ferry after dark to enjoy the views…….. 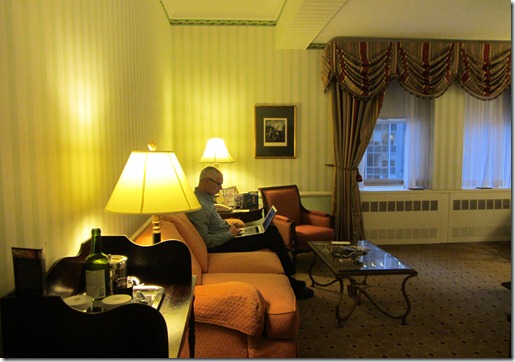 …. but before we left to catch the ferry James needed to get his priorities right and finish the blog for the day! 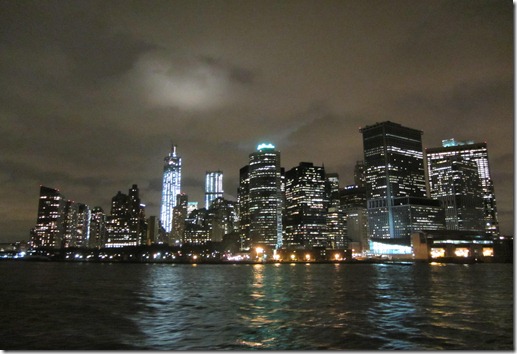 The ferry trip was all it promised to be.  It was a clear dry night and this was our view as we left the terminal building – “wow” was not enough!  The brightly lit building is ‘1 World Trade’ which is just being “topped out” with its mast to make it 1776 feet high – the year of American Independence. 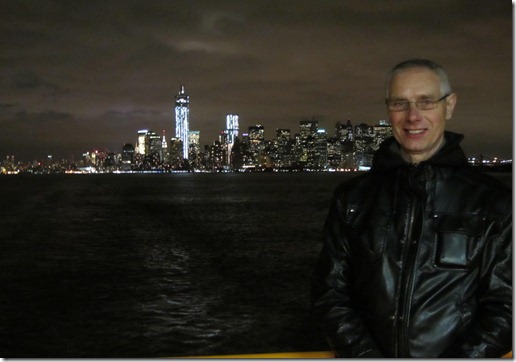 Just another photo for posterity! (On the rear deck of the Staten Island Ferry)
Today is our last day and this morning we went on a guided tour of the hotel. We had wet weather for the first time this week so, apart from keeping us in the dry, we got a fascinating insight into the history and architecture of the Waldorf Astoria. 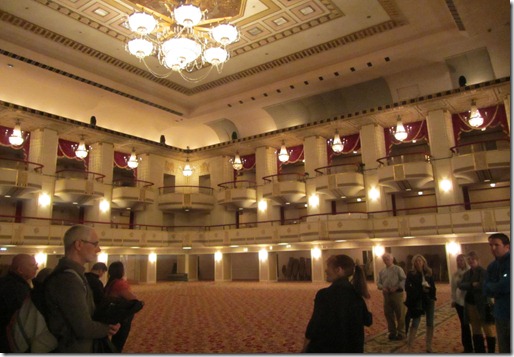 This is the Grand Ball Room which has been used for so many great occasions in American history.
During the tour we were incredibly lucky to get the chance to visit the “Royal Suite” on the top floor of the the Waldorf Towers – something even our guide had not done very often.  The suite was used regularly by the Duke and Duchess of Windsor (Edward and Wallace Simpson) and can now be hired for $23,ooo a night……………… 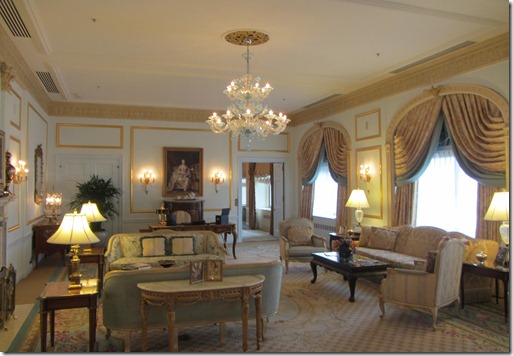 The Sitting Room- where we were invited to sit where we liked! 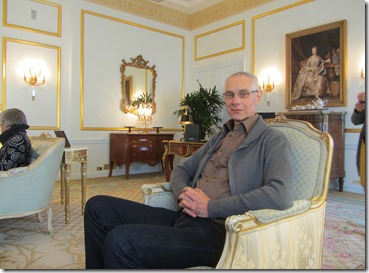 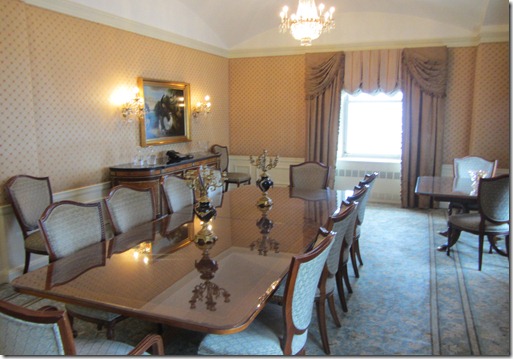 The Dining Room – which is the only room in the hotel to have a barrel–vaulted ceiling due to it being on the top floor. One of the bedrooms (which, surprisingly, was not much bigger than our room – although the bathroom was just a wee bit better!)
This week we’ve had a ball!  James feels as though he’s been put through a mincing machine and pushed out as sausage meat!  We’ve found the people of New York  to be so friendly and helpful to us wherever we’ve been.  We’ve now started to get the hang of the street system which can easily have you walking in the opposite direction to the one you want go in but we’ve still not “gotten” used to the size of the meals!  We have learnt to say “cworfee” but it’s been another thing to keep up with the pace of the decision making needed when ordering food.  A great, great week – Doug has really enjoyed his birthday treat and he says a big “thank you” to everyone who has sent him messages via text, email and blog comments and he still can’t believe he’s seen Barry Manilow!
Tonight we fly out at 8’o clock – we don’t want to go!!!!!!! 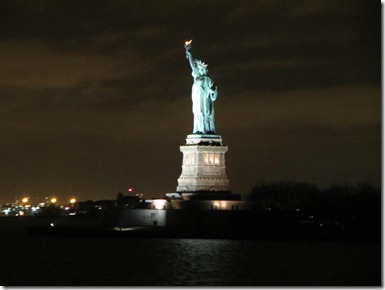