We rose early this morning and after having a great breakfast (pancakes and bacon!) we took to the bus and made our way to to southernmost part of Manhattan Island to catch the Staten Island ferry. 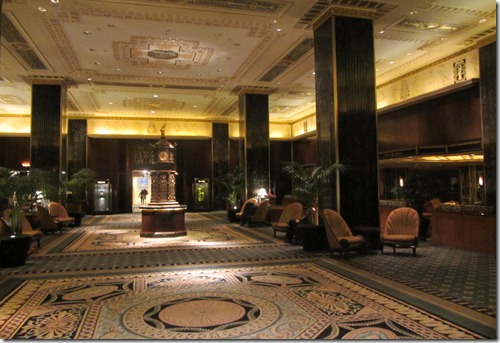 (Just thought we’d slip in a pic. of the magnificent front lobby of the hotel!) 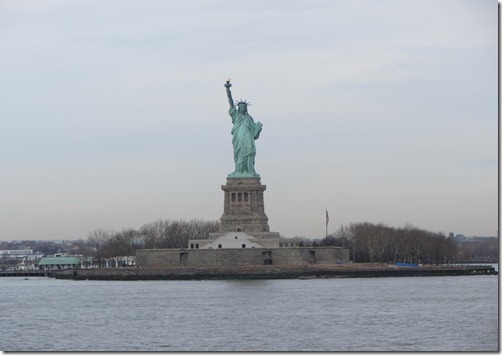 Catching the Staten Island ferry was our only chance of seeing the Statue of Liberty as the the landing stages on Liberty Island were badly damaged in hurricane ‘Sandy’ last year.  It was a great pity as we were looking forward to going inside the statue. 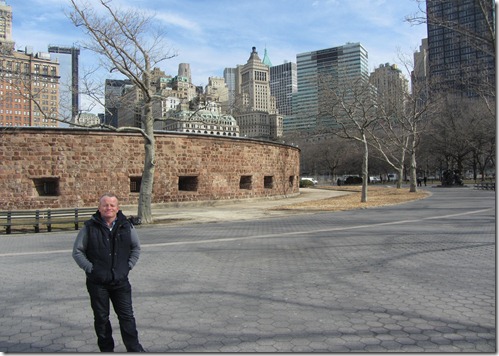 After getting the return ferry back from Staten Island we took a walk around Battery Park before heading to our main location for the day, which was Ground Zero and the 9/11 Memorial Park. 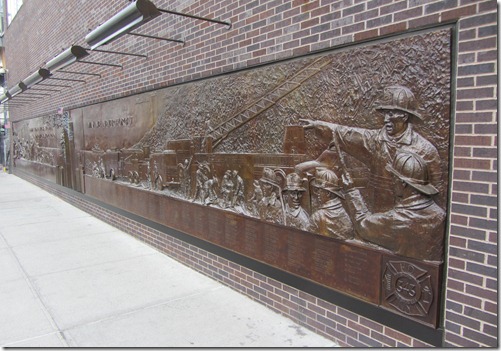 This fifty foot long bronze plaque, attached to the wall of the fire station (which was specifically built for the servicing of the World Trade Center), remembers the 344 city firemen who lost their lives in the 9/11 attack on the Twin Towers. 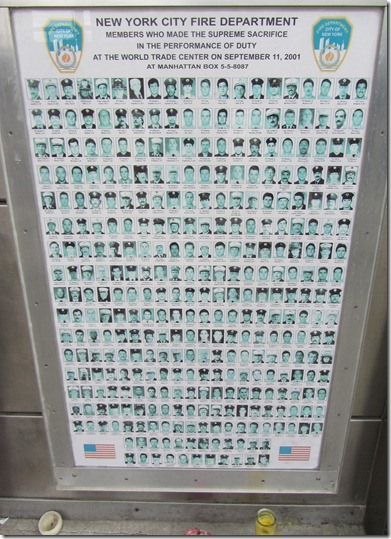 Photos of each firemen lost. 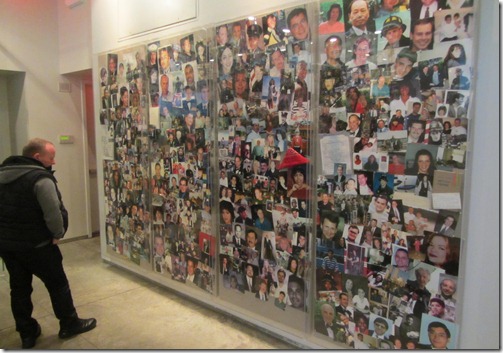 Before joining a guided tour of the Memorial Park we looked around the temporary museum.  Among other amazing exhibits there were three walls covered with photos of all 2,977 people who died in the collapse of the towers. 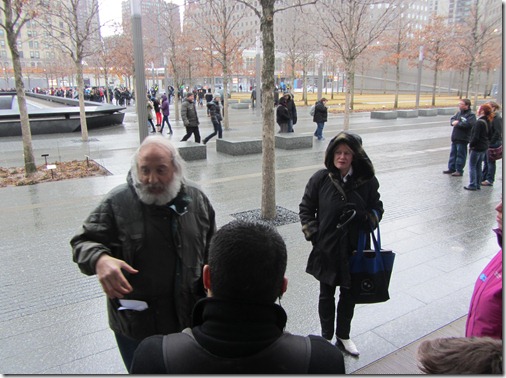 Our tour of the memorial park was taken by Bonnie – on the right(a CBS reporter at the time and helper to the survivors) and Frank (who lost his sister in the North Tower who was on the 94th floor and which took the main impact from the plane).  It was a most moving experience to hear their stories. 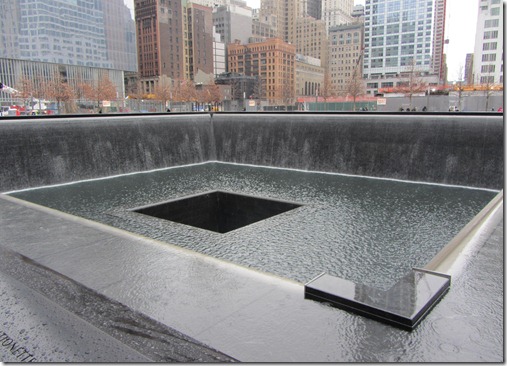 We took many photos of the Memorial but this one of the South Pool, which covers the exact footprint of the South Tower, shows just how enormous it was.  We were not prepared for how emotional the visit would be and it really does need a personal visit to appreciate just how much 9/11 changed both New York and the world. 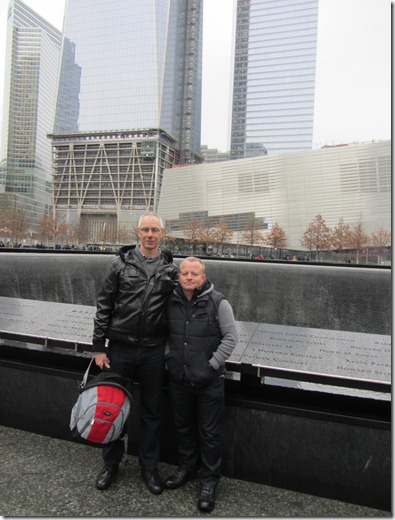 All around the edges of the North and South Pools the names of all the victims are inscribed in the bronze parapets - and behind us stands the base of 1 World Trade Center which is now nearing completion. 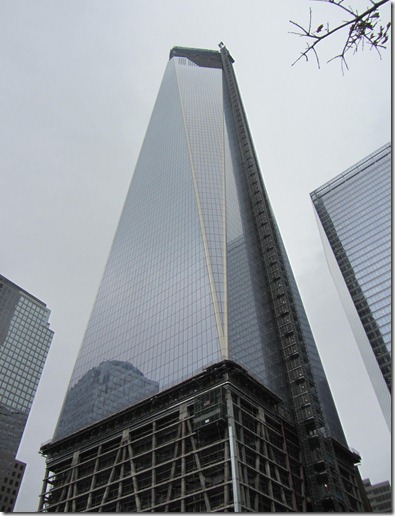 1 World Trade Center, which at 1,777 feet will be the tallest building in the United States.  It’s the first of 7 planned buildings in the new complex.

We enjoyed a wonderful, and very moving, day.  And the forecasted rain arrived at exactly the moment they said it would!