We’re still in Bournemouth, with Doug playing his cards, but here’s the final instalment of last weeks’ trip to Fuerteventura. We managed to see the island from north to (almost) south and there are some fantastic views to be had………….. 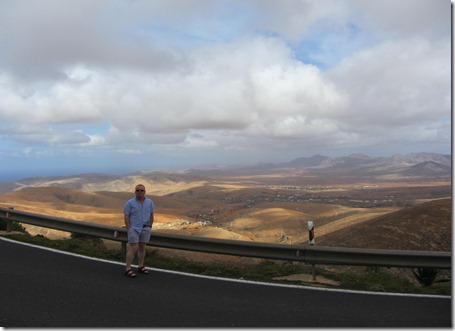 ………this is around the middle of the island where we were so high up we could see the coast on both sides. 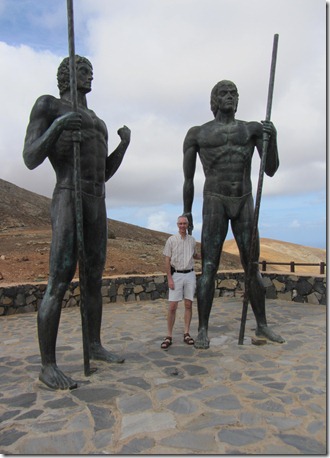 Just around the corner from the last view point we came across these two very nice chaps!   Here’s James making friends with one of them. 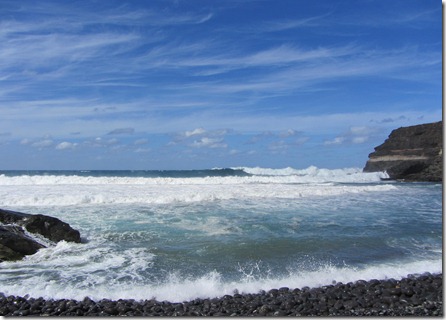 At this one of the numerous little bays and inlets around the island the Atlantic surf was coming in with spectacular power – these waves were at least 30 feet high. 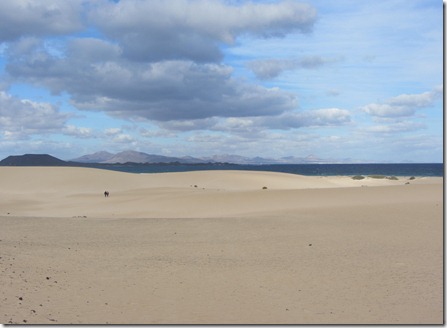 At the north end of the island (where there’s an awful lot of sand!) we could look across to Lanzarote, with the tiny island of Lobos (the dark bit) in the foreground.

Our sightseeing trips were punctuated in the evenings by some local nightlife at Peiro’s Cafe Bar in Caleta de Fuste.   The star talent being Brian………… 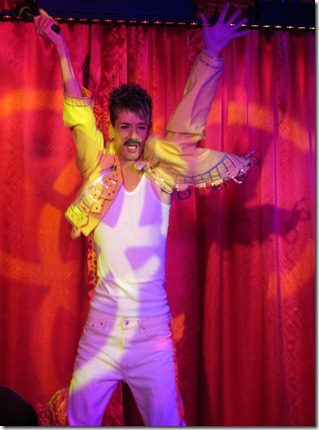 ………..who did brilliant impressions of Freddie Mercury and Tina Turner and who was the liveliest “wire” we’ve ever seen. 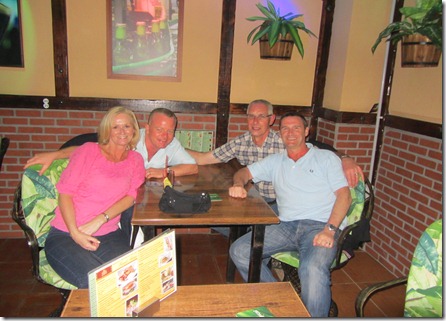 One evening we met a lovely couple – Sharon and Robert from Glasgow, who were on the last night of their holiday.  We had a great evening with you guys and we’re pleased to have met you. 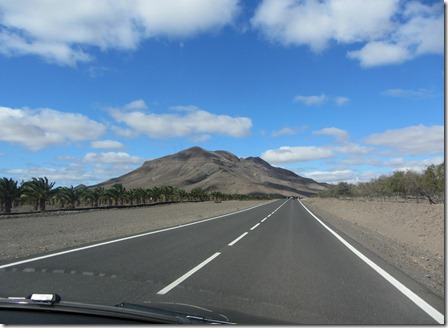 Another day’s sightseeing took us south, with more dramatic scenery.  All the roads look as if they were laid yesterday (thanks to EU grants!) and, even though we were on this tiny island, it sometimes felt as if we were in the USA. 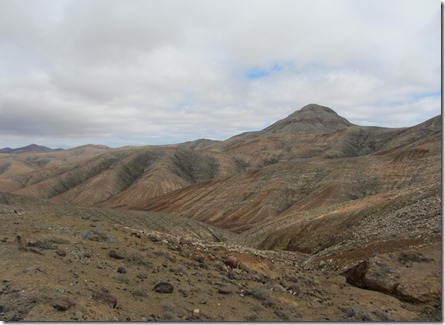 This ancient volcanic landscape is barren beyond belief. 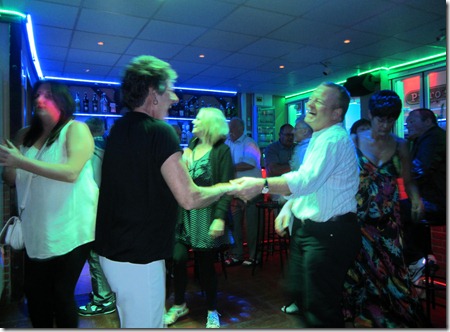 Our last night was spent back at Piero’s Cafe Bar where Brian’s amazing voice and energy kept us dancing the night away.  This is Les and Doug strutting  their stuff! 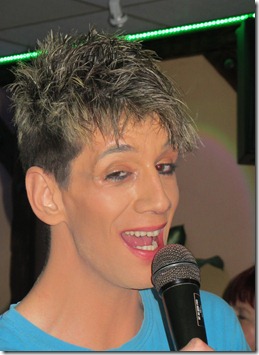 The last picture goes to Brian! Thanks for giving us some great entertainment as you may be reading this!