A leisurely journey to Tixall Wide

After an enjoyable musical evening and meal in The Swan at Fradley Junction last night, we managed to get an early start this morning (for us anyway) leaving at 8am! 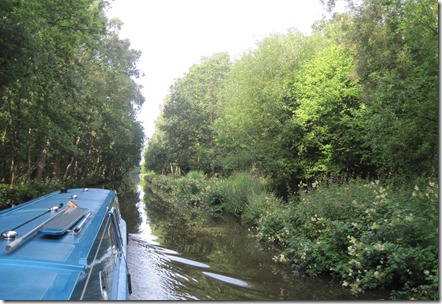 Having just left Fradley we’re taking to new water this year at last.  The wild “Astilbe” along the banks is superb at the moment and the Rose Bay Willow Herb is just starting to look it’s best. 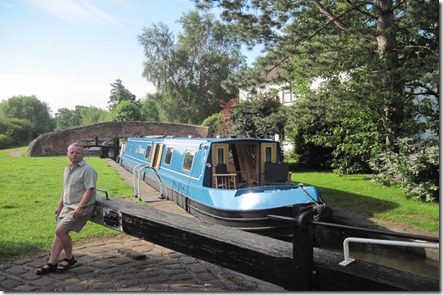 The “crew” putting his back into it at Wood End Lock.  The sun was bright but it was a chill wind first thing this morning. 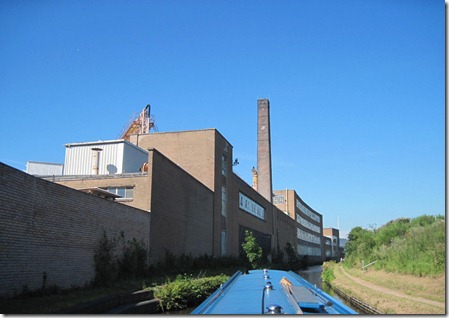 It wasn’t long before we were at Armitage – home of the Armitage Shanks who we couldn’t really do without!  The canal runs right past their factory. 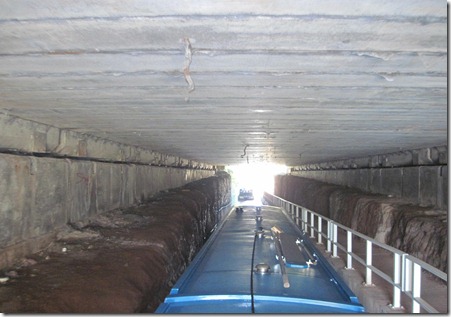 Soon we were in the Armitage “tunnel”.  Subsidence by coal mining caused its collapse and it is now partly covered by concreted and partly open to the sky. 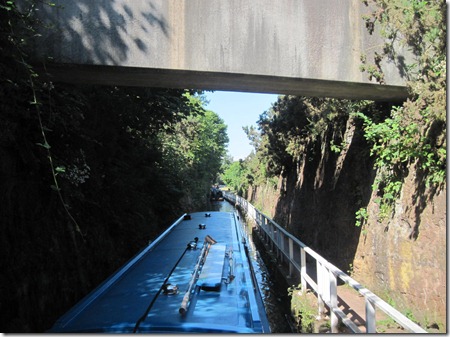 It’s very narrow in places and concentrates the mind a bit! 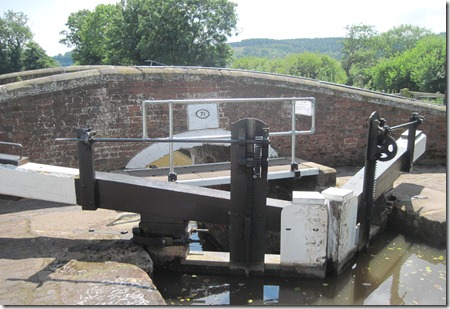 Some great engineering and architecture at Colwich Lock.

After getting through the lock at Great Haywood we turned left onto the Staffs and Worcestershire Canal  and were amazed to see the number of hire boats still at the Anglo Welsh yard. 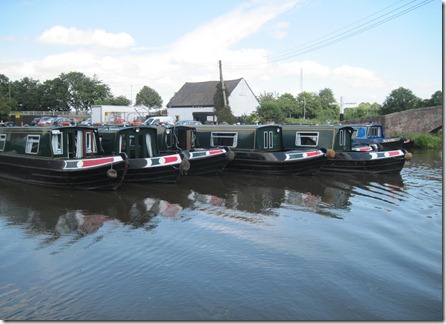 We counted seven as we went past, no wonder why the canals seem to be so quiet with so few hire boats about.

We arrived at Tixall Wide at 1.30pm and were surprised to see plenty of room for us so we moored up, put the washing out on the line and went for a walk into Great Haywood.  When we got back, James washed the roof and cleaned the sides as well as doing a few other jobs.  We are now sat in front of the TV waiting for the Olympic opening ceremony to start. We will probably stay here tomorrow  as there’s more work to be done (painting gang planks and things) and then move again on Sunday. 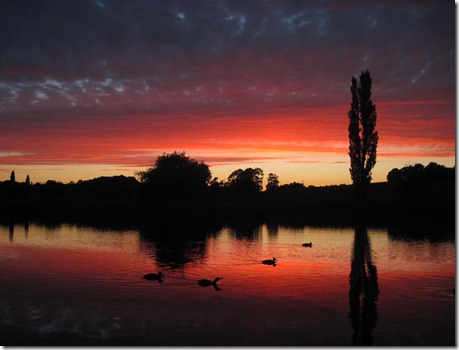 The view at Tixall Wide from the side hatch this evening.