During the two weeks we’ve just had at home we’ve enjoyed three special occasions with famly and friends. 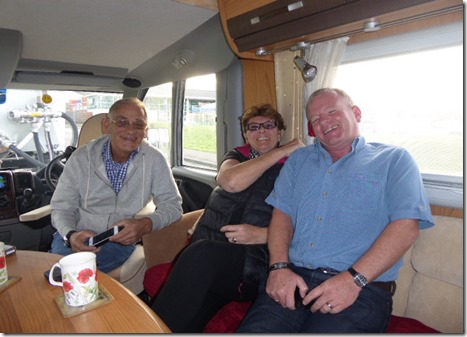 Firstly, we drove over to Portsmouth to meet friends Bill and Eileen on their return from the continent in their super-large motorhome. It was one of those catch-up chats we have from time to time over a cup of tea before they made their way northwards. Lovely to see you both. 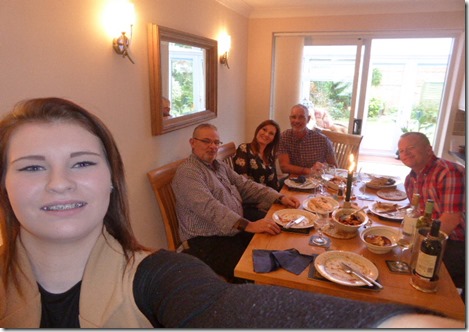 Our second lovely occasion was a visit by cousin Sue and Hubby Lindsey and daughter Jade. It was a good excuse to cook a Sunday roast and have a wonderful family get together. A great pleasure. 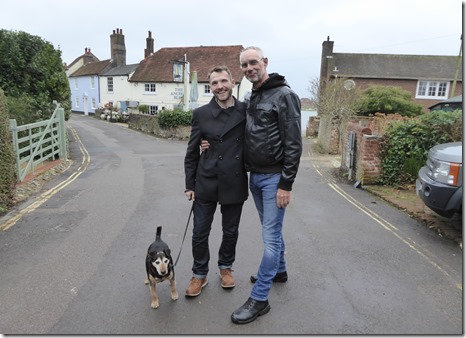 Thirdly, friend Steve and Pip drove down from the cold of the north to enjoy nearly a week with us in the sunny climes of the south coast. Arriving after a tortuous journey which ended in the dark one evening, he was very surprised to wake up in the morning and see palm trees growing in the gardens. Quite a shock to the northern system! 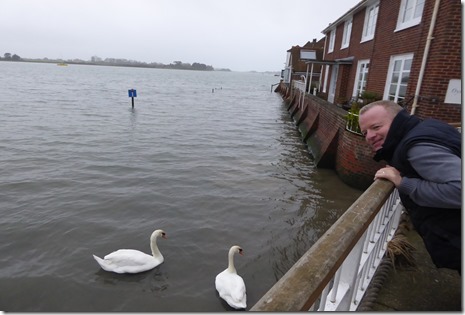 We showed him the quirky delights of Bosham, just along the coast from us, which is flooded twice a day by the tide. This was another very bizarre experience for him as Buxton is just about as far from the sea as you can get. It was really great to have you and ‘Pip’ with us. 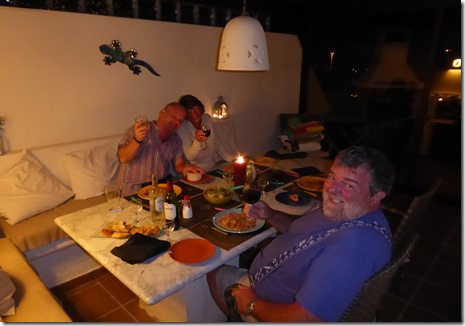 At the end of our two week “break” at home, we jetted off to the even sunnier climes of Lanzarote to be with our dear friends Chris and Les in their villa in Playa Blanca for Christmas and New Year. If the immediate start to our visit is a taste of the next couple of weeks then it will be a joy. The veggie lasagne and the company were first class!! 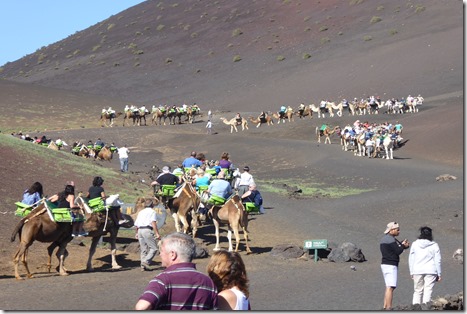 On the first full day of sight seeing, Les and Chris took us to the awesome Timanfaya National Park. This wonderful volcanic area, known locally as “fire mountain”,  presents visitors with the nearest thing to actually being on the moon that we’re ever likely to experience. On the way into the park you pass Echardero de Camellos (camal station) where you can get a ride to the outer volcanic limits on a camel. We decide to take a rain-check! 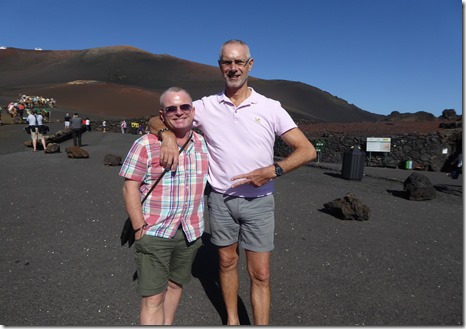 The station did, however, have a very interesting little museum about the last volcanic activity on the island in the 18th and 19th centuries and a potted history of the contribution by camels to the islands heritage. 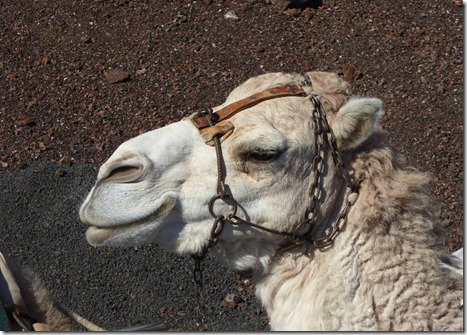 And here’s the most beautiful camel we could find! 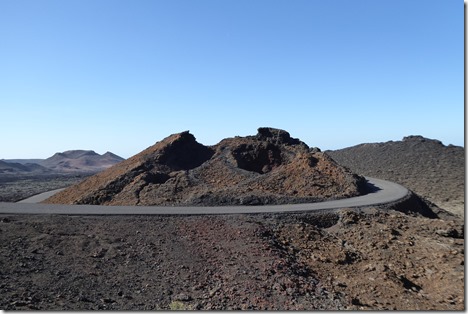 Some of the views from the visitor centre were terrific but nothing to what we were about to see. 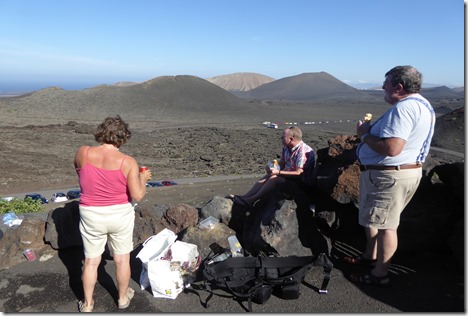 We had a little picnic before experiencing ……. 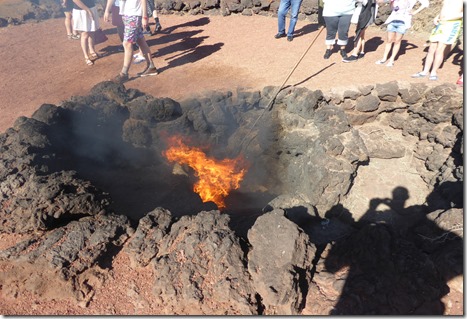 …. some of the demonstrations of the power of the volcanic activity just below our feet. 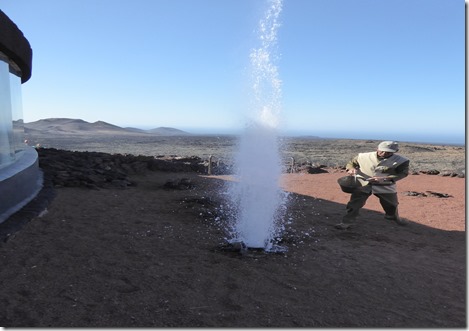 The rocks just feet below us could boil a bucket of water in a few seconds before shooting it skyward in a noisy flash of steam. 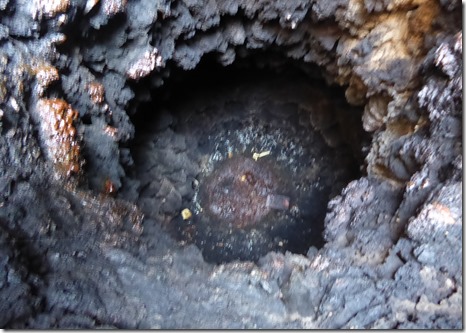 Chicken was being cooked above a well some 20 feet deep. The scorching heat was too hot to look down into the well and this camera shot is being blurred by the heat haze. 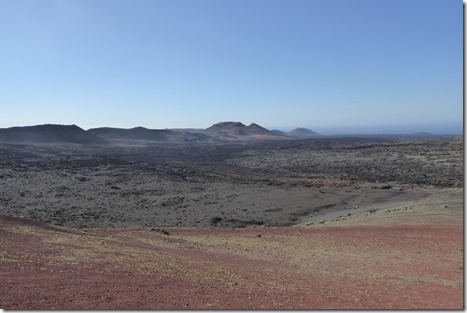 The culmination of our visit was a coach ride around the park and through some of the most spectacular scenery we’ve ever seen. The next pics have to speak for themselves :- 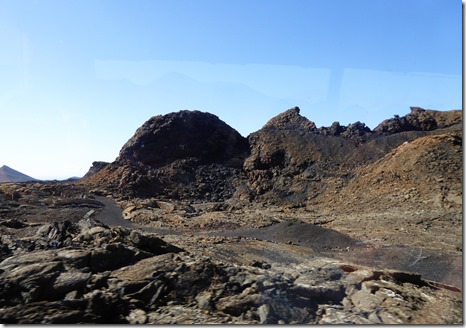 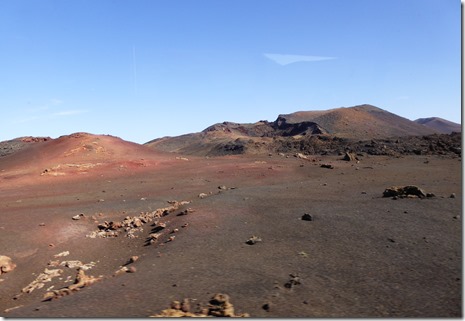 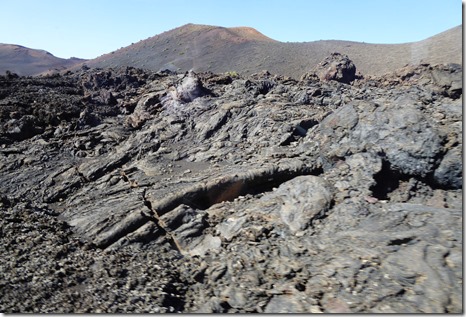 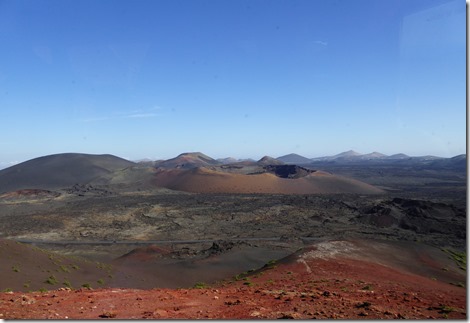 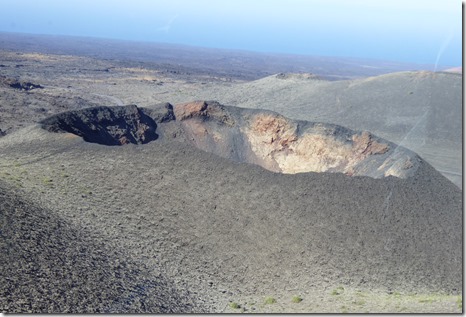 A truly awesome experience, especially for James who’s quite into his volcanogy and the like (yawn!!!) Rofe, lava, magma and pyroclast can be most interesting! 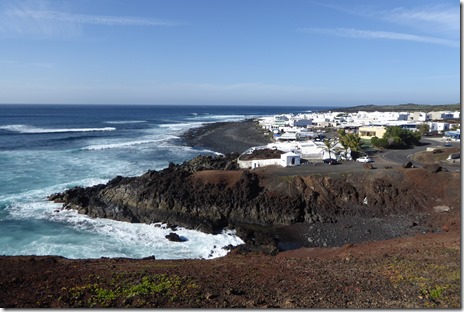 Leaving the amazing land of volcanoes we head to the coast and to the very scenic village of El Golfo. Pinched between the lava flows and the Atlantic coastline the area is of magnificent beauty. 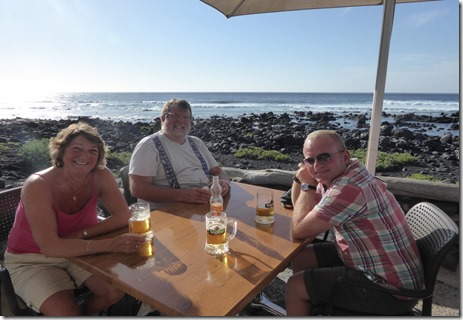 While there, we took some hard-earned time off for a beer next to the Atlantic breakers as they pounded the nearby shoreline. 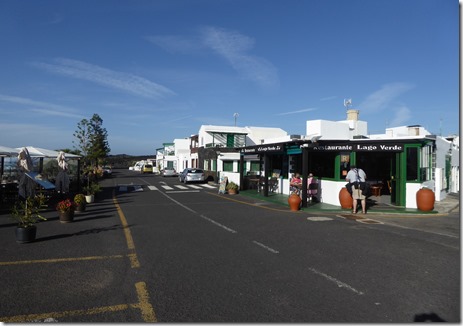 The village, at the end of the road, is quiet and picturesque and superbly kept (like all the island!) 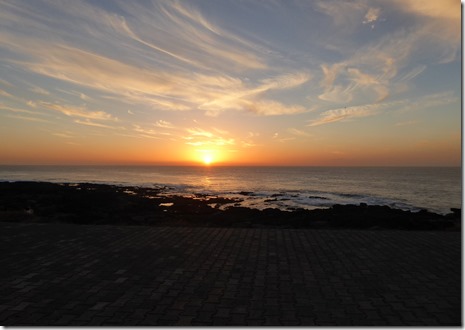 At the end of the day, and back “home” at Playa Blanca, we took a few minutes to watch the magnificent sunset and to take stock of the most fantastic day out thanks to Les and Chris.