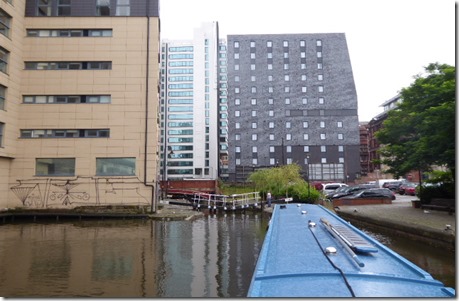 At 8:30 on Saturday morning we started down the notorious “Rochdale 9” flight of locks down to Castlefield. The first lock is particularly uninspiring. 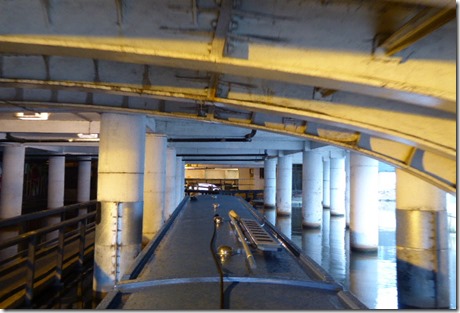 Bits of the flight pass under buildings with a complex array of old and new structural engineering to keep you company. 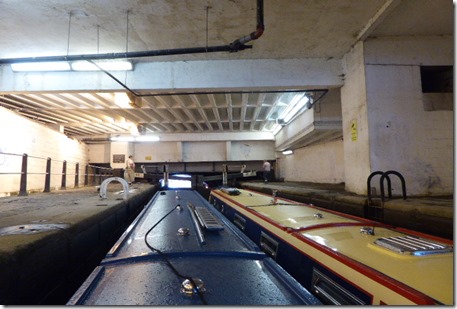 Even one of the locks is now buried deep beneath huge concrete constructions. 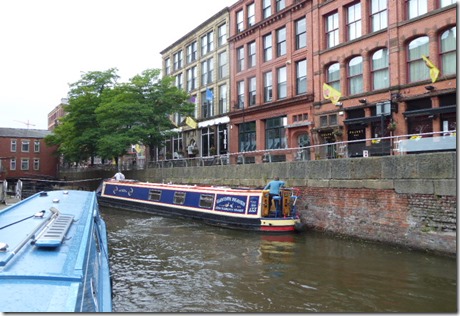 After our subterranean adventures we were back out in open air and travelling parallel with Canal Street. The lock “landings” on the couple of locks here have been improved so there’s no more need for heroic leaps from the boat to the lock gates! 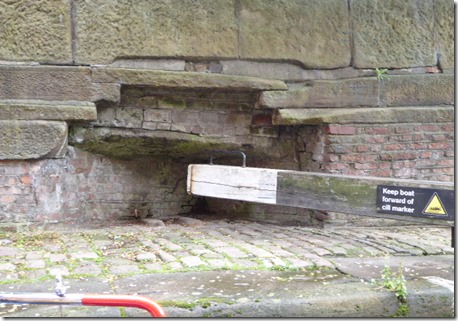 During it’s building they seemed to shoe-horn the canal through the city – there are still some tight old corners to have to deal with. 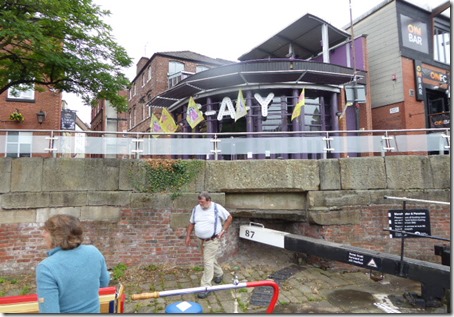 Still travelling adjacent to Canal Street, Chris extracts himself from another tight spot! 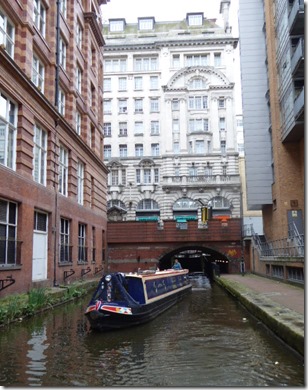 Les guides “Eleventh Heaven” from underneath one of the more architecturally pleasing buildings that adorn the canal side. 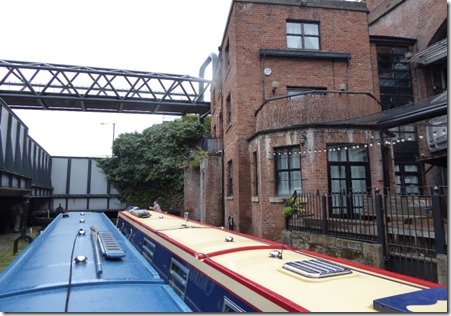 There are still some original artisan buildings along the canal side. This old cottage has now been subsumed into the cafe / nightclub complex at the bottom of Whitworth Street. 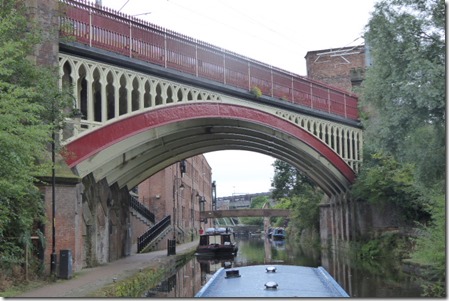 Further along, and one lock to go, the canal passes under a magnificent (and recently painted) iron railway bridge. 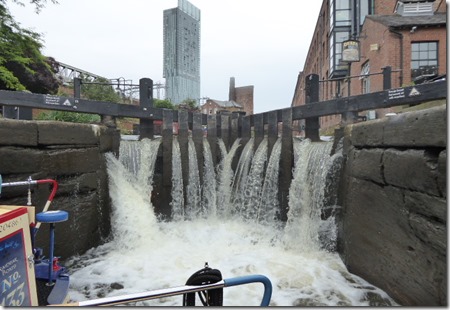 The ninth, and final, lock of the flight – known as Duke’s Lock, it was the wettest! The main issues which make this flight a bit on the tough side are the lack of adequate by-washes which forces water over the lock gates and the cramped nature on many locks which results in very short gate arms.  This lock has the most extreme of both. The lock empties very slowly due to the quantity of water flowing over the gates and the boat steerers (Les and James in this case) get very wet from the spray! 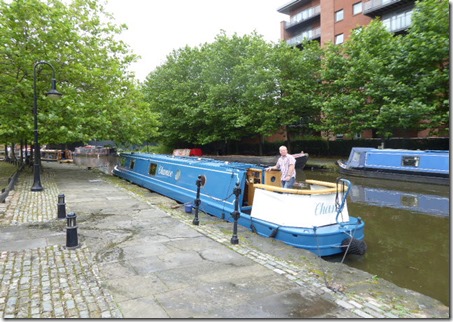 Anyway, after the very respectable time of just 2 hours to negotiate the 9 locks, we arrived in Castlefield Basin where our favourite mooring was waiting for us. 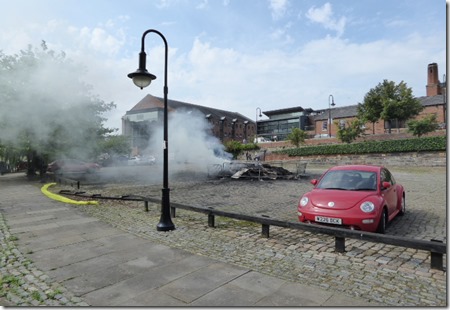 Only hours after we arrived a huge pile of wood in the adjacent car park caught fire so James rang for the fire brigade. Worryingly, they didn’t seem to know where Castlefield was! 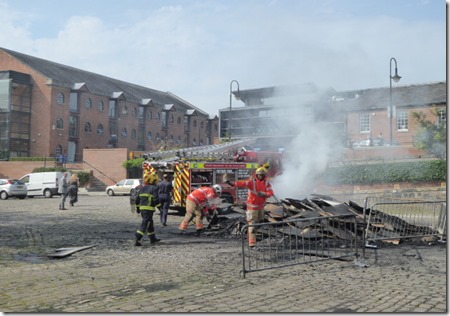 Anyway, 7 minutes after the emergency call the fire brigade arrived to give us their version of how to put out a fire! 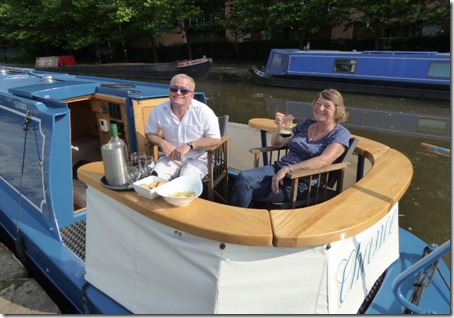 After all the excitement it just had to be done – while Chris got some beauty sleep on “Eleventh Heaven”  Les joined us on “Chance” for wine and nibbles in the glorious, hot sunshine which we weren’t supposed to have on Saturday afternoon.