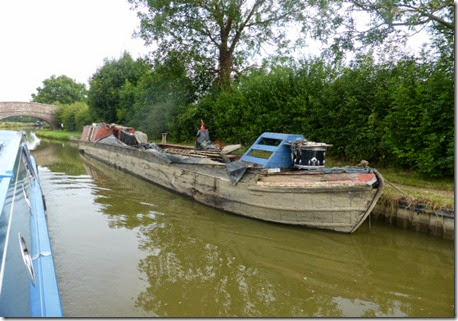 …… and soon came across Thursday’s canal ‘incident’ – a sunken boat.  An old wooden-hulled job that should be restored but probably wont be. 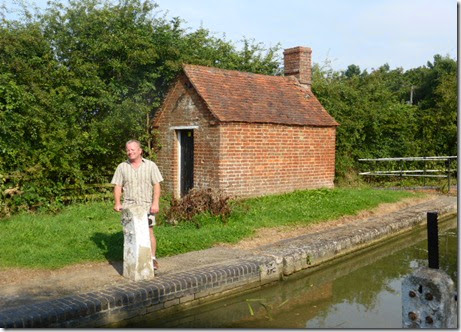 “The Crew” at Elkington’s Lock with one of the original little buildings.  This one, we' noticed has a CCTV camera in its eaves. 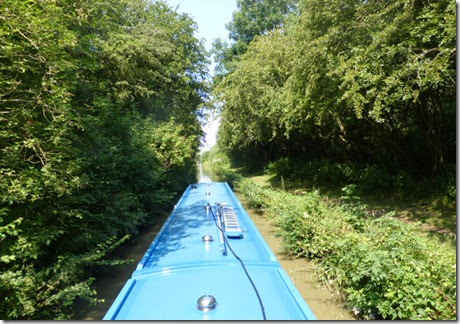 Just south of Fenny Compton is the narrow cutting which was once a 1000 yard tunnel, but the rock was so brittle the top was taken off and it now represents a tricky “narrows”. 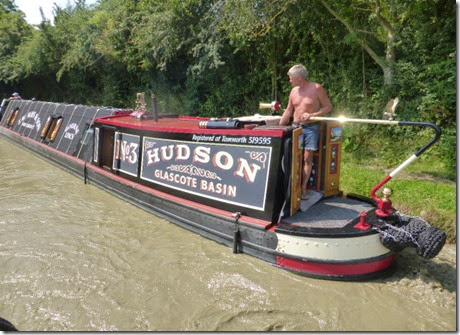 Further on, one of life’s “what’s round the corner” moments occurred.  We met Heather and Mick on nb “Hudson” and, as we’ve said before, “Hudson” was the show boat next to “Chance” at Crick 2011 and is one of the finest boats on the system.  Heather is 70 feet away from Mick at the front!  Notice the colour of the water! It’s just thin mud – the Oxford Canal is so very shallow but never mind that, it was great to see them again. 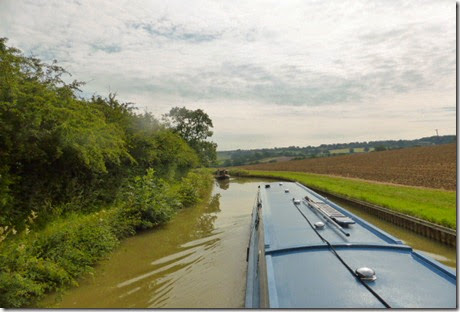 We moored last night just after Claydon Locks which meant we were on the canal’s summit.  Today, we had the eleven wonderful dreamy miles of lockless summit to traverse with no civilisation to speak of.  Just gorgeous farmland and far reaching views and the very occasional boat coming towards us. 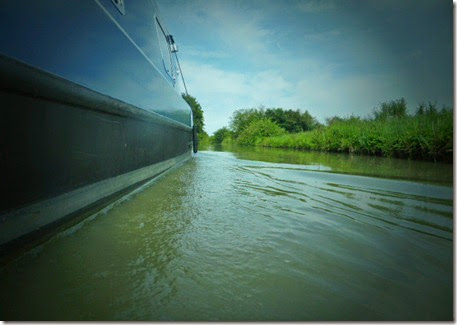 This is James being ‘artistic’ - a duck’s eye view! 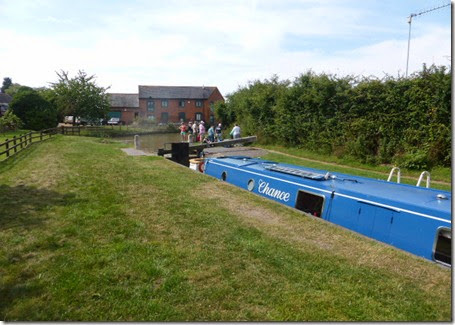 At the end of the eleven mile summit stretch we arrived at the first of the two Marston Doles locks and where we start to go back down in the world. 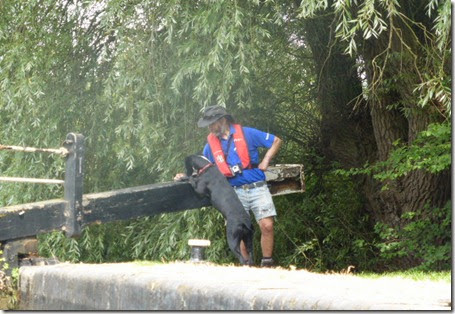 Soon after Marston Doles are the flight of seven locks at Napton and the highlight here is the volunteer lock keeper’s dog who helps to open the lock gates. 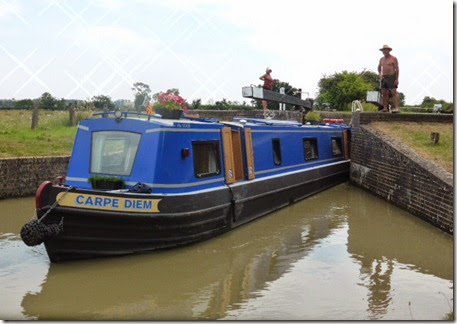 Having caught up with us (again!) at the second Marston Dole lock our new-found canal friends, Andy and Rich, on nb “Carpe Diem” follow us through the locks until deciding to moor up together on the last pound of the Napton flight. (for non-boaty readers a pound is a stretch of water between to features such as two locks.  It comes from being “impounded” or trapped).

Well, today has been hotter than ever, even though the forecast was for slightly cooler conditions.  By the time we arrived at Napton it was all but unbearable and we decided to call it a day.  The four us had a bit of a race to ‘The Folly’ where, luckily, they had enough bear to quench our thirsts. 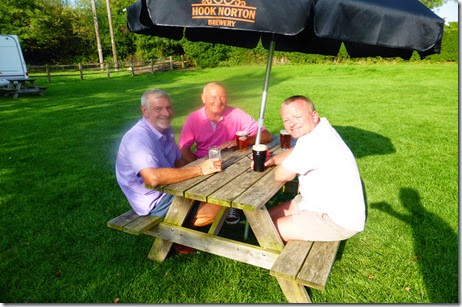