An amazing finale to Manchester Pride!

We had a fantastic day yesterday in Manchester.  In the morning we watched Jenson Button race up Deansgate in his Formula 1 car -  there were huge crowds. 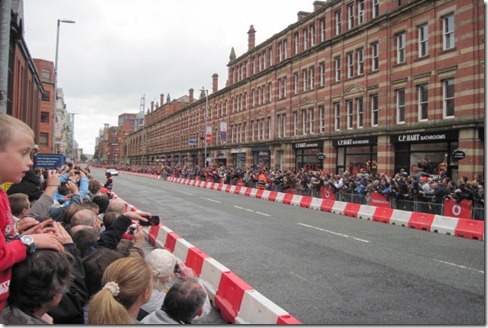 The stretch of Deansgate where he reached 70 mph!

We took a walk round to find a place to have lunch and taking in the endless supply of beautiful buildings. 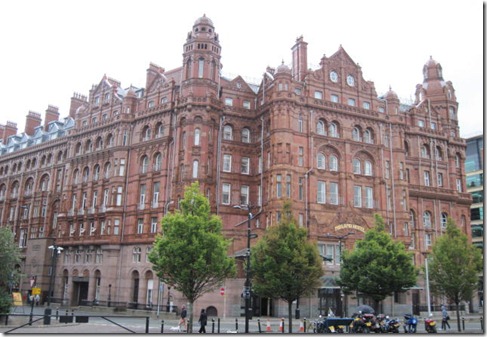 The iconic Midland Hotel – the back entrance! 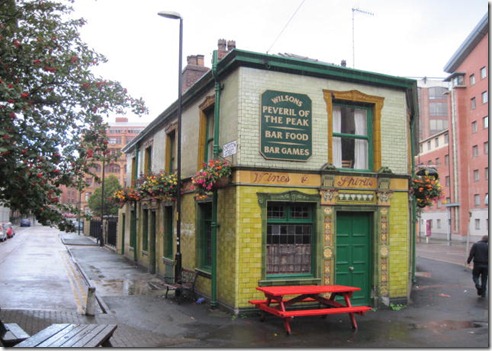 We came across this tiny pub -  fully tiled on the outside with the striking detail around the windows and doors!

In the afternoon we headed back to the Gay Village for another day of entertainment during this Manchester Pride weekend.  Today, being the last day,  produced the big names on stage. 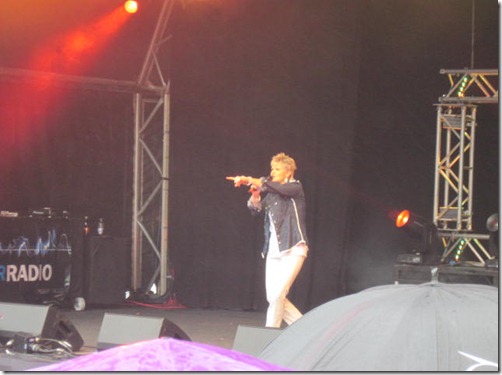 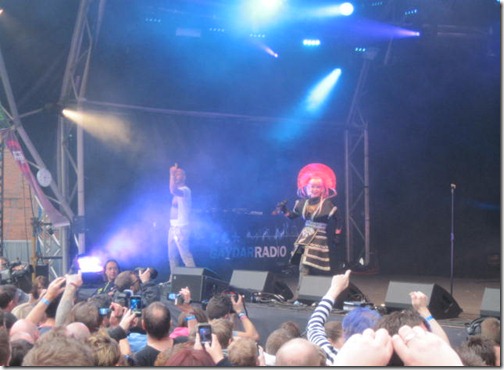 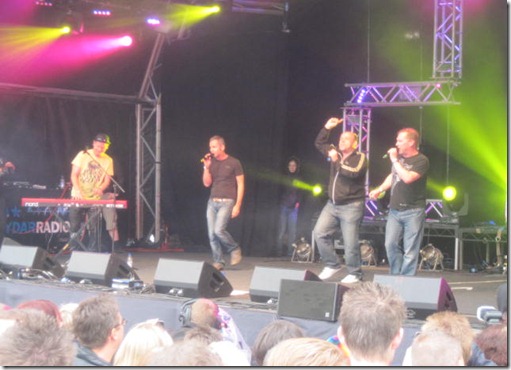 Four Poofs and a Piano -  who got everyone rocking! 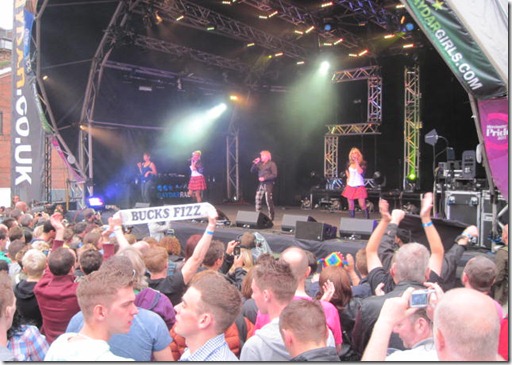 Then Bucks Fizz, with Cheryl Baker, Jay Aston and Mike Nolan. By now the atmosphere was amazing!! 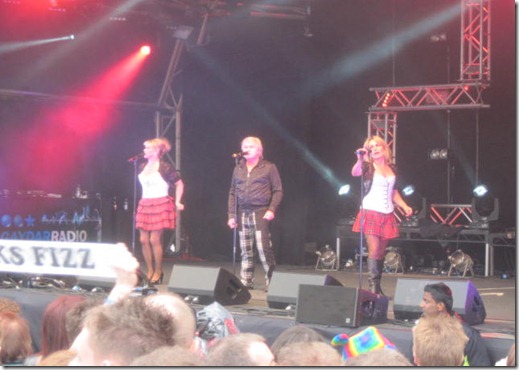 We were really pleased to be so close to the stage.  Looking behind us this was the scene……..! 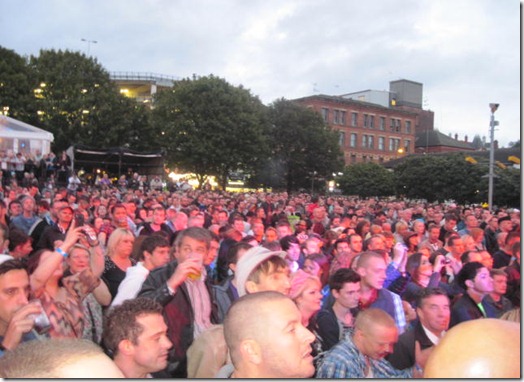 Huge crowds in the “arena”….it was actually a car park with 4000 of us inside plus more outside the fence.

And finally the best of all  “Blue” came on stage, 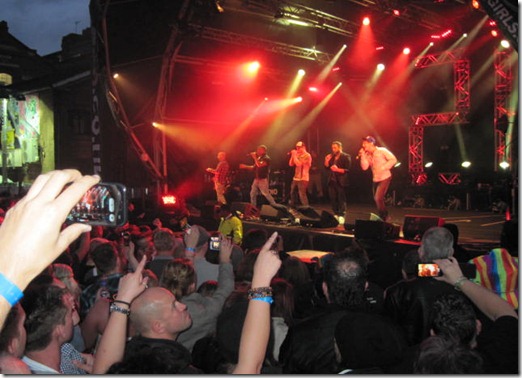 The Boys from Blue, Simon, Duncan, Anthony and Lee…. 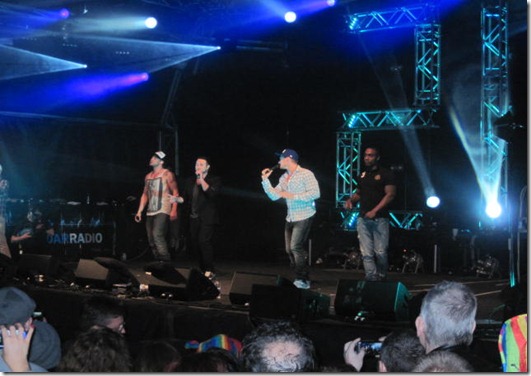 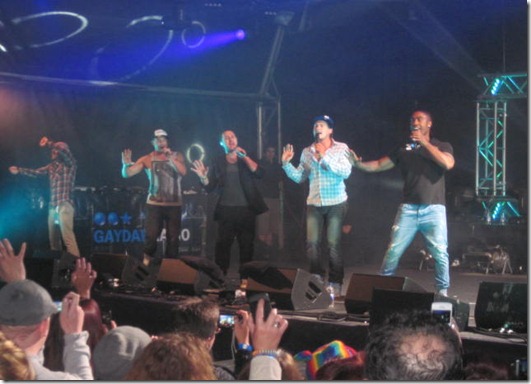 Such a great evening and what a great weekend Manchester Pride has been again for everyone!

The final event of Pride is the Candlelit Vigil -  a special moment at the weekend to remember those people who have been, and are still being, affected by HIV and Aids.  The moment was hosted by Anthony Cotton (Shaun from Corrie) . 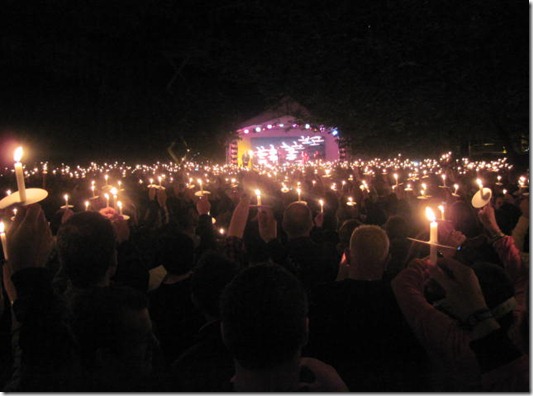 The sea of the lighted candles was very moving.

We have had an amazing weekend up here at the Manchester Pride weekend and wouldn’t have missed it for the world.  Manchester is a  city with a very special identity.  The people love the place they live in and there is an enormous respect for the city and the people.  Manchester has responded very quickly and positively to the recent riots which have affected so many communities.  We are staying for a couple more days and then will head out for a short while – but will return to meet up with some German friends flying over in early September.